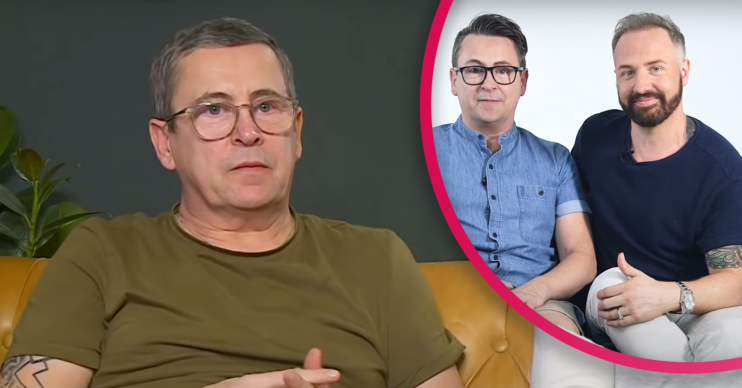 Gogglebox: Stephen Webb’s ex ‘quits fame’ after he claimed he was ‘bullied off the show’

Chris left after he and Stephen split

Chris Ashby-Steed left the show in 2018 following claims he had been “bullied off the show” by Stephen.

At the time of his departure, Chris said that he was bidding a “very fond farewell” to the show.

He said: “I’ve loved every minute of being on the show and will never forget all the amazing things it’s allowed me to do.”

However, since then his husband Tony has blasted production staff on the show, alleging that Stephen’s behaviour was perpetuated by Gogglebox bosses.

Chris was on the show from 2013 till 2018, with Chris and Stephen splitting the year before Chris left the show.

Read more: Who are Gogglebox stars Steve and Sue and what jobs do they do?

He claimed that “the studio stood by and watched Stephen bully my husband Chris off the show and did nothing to stop him”.

Tony also alleged that Stephen had “one of his usual diva strops and refused to film with Chris”.

Stephen was joined on screen briefly by his mum, before new husband Daniel became his Gogglebox partner.

Speaking at the time, a Gogglebox rep said: “The welfare of contributors – past and present – is of paramount importance and robust protocols are in place to support contributors before, during and after taking part in the series.”

Studio Lambert makes the show and its spokesperson said: “Studio Lambert takes the welfare of its teams extremely seriously across all its productions.”

The rep added that “a number of measures are in place to encourage people to come forward with any concerns they may have, as well as support systems for a range of issues”.

Stephen doesn’t appear to have commented on the claims.

However, back in September, after Tony’s tweets, he took to Instagram and posted a picture of himself with Daniel.

It was captioned: “Be happy.”

Since leaving the show, Chris has set up home in Wales.

He now shows off the results of his home renovations on social media, enjoying his time out of the limelight.

The decision was sparked by family tragedy after Tony’s mum died.

According to Wales Online, Chris said the move also helped him move on from Gogglebox.

He said: “What it comes down to is that I’m a Gemini and I need new challenges in life. I was getting married and doing the work on the house and then it was like we were trapped. I describe it as being trapped in a gilded cage.”

Speaking about leaving Brighton behind and moving to Wales, he added: “I had the memories of Gogglebox there too and I wanted to eliminate those.”

ED! has contacted a rep for Stephen Webb for a comment on this story.