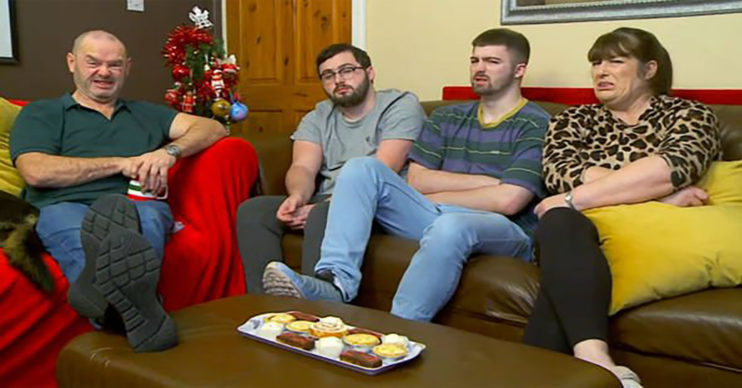 Tom Jr took to Twitter to post two pictures of himself side by side – and they could have been of two different people!

One snap shows Tom Jr as he is now, with a beard and shaved head, while the second picture shows a much younger lad.

Do these two pictures even look like the same person? 😂 pic.twitter.com/ml8un4ROPb

In the second image, a baby-faced Tom Jr sports a hair in a huge quiff and a smooth face  – and looks like a totally different person!

Even Tom Jr can see the difference himself, writing: “Do these two pictures even look like the same person?”

Tom Jr’s followers were wowed with the difference, with some preferring the Gogglebox star cleanshaven.

“You look better without the beard! Maybe you should shave it off and donate money to charity,” one said.

Another commented: “It’s like the good twin and the bad twin.”

“Clark Kent and Superman,” someone else compared.

Another follower pointed out: “You look a bit more like your dad now I suppose.”

Meanwhile, the Malone family have been keeping fans entertained with the Tik Tok videos.

In one hilarious clip, Tom Jr challenges their dog Bob to stay in a room with a plate of treats without eating them.

In the clip, Tom shows the dog a plate of delicious-looking cakes. The pooch stares at them longingly as Tom tells him: “Right, I’m going to go out of the room and you’re going to leave the cakes, alright Bob? See how you do.”

Unfortunately, as soon as Bob is confident Tom’s out of sight, he gets up from his spot on the couch to chomp away.

“Bob!” Tom exclaims as he reenters the room, to find the dog has chowed down on two of the cakes.