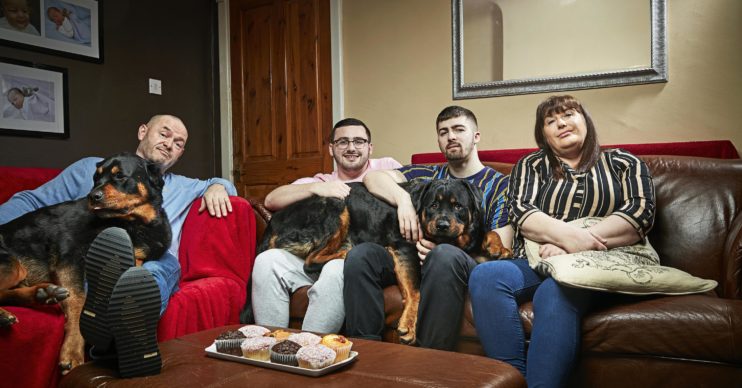 Tom and his family first appeared on Gogglebox in 2014

Gogglebox star Tom Malone Jr has hit back at speculation the Channel 4 show is “scripted.”

Tom hit back while taking part in an Instagram Q&A with his followers yesterday (June 9).

When a fan asked if the show was scripted, he said: “If Gogglebox was scripted I wouldn’t sound so stupid half the time.

“It’s not scripted, it’s just me and my family chatting [bleep]. The same with the other families – it’s just their opinion on stuff.”

Tom and his family first appeared on Gogglebox for the fourth series back in 2014.

Beyond the Gogglebox couch

Last month, the Manchester lad stunned fans after posting a throwback snap of himself on Twitter, with some subsequently claiming he looked completely different.

He shared the photo alongside a picture of himself now, writing: “Do these two pictures even look like the same person?”

The first showed the TV star with a shaven hair and a beard, while the second was of a baby-faced Tom Jr sporting a huge quiff and a smooth face.

Fans couldn’t believe the difference, with one writing: “It’s like the good twin and the bad twin.”

A second also commented: “You look a bit more like your dad now I suppose.”

Tom Jr has also been keeping fans updated on life in lockdown with a series of hilarious Tik Tok videos.

In one funny clip, Tom challenged their dog Bob to stay in a room with a plate of treats without eating them.

Unfortunately, as soon as Bob was confident Tom was out of sight, he began to chomp away.