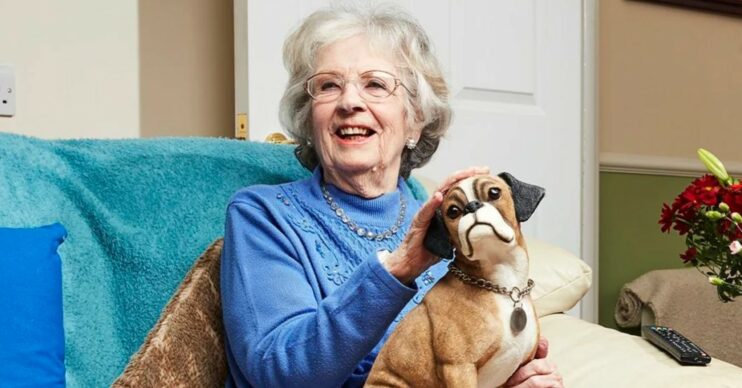 Channel 4 confirmed the sad news in a statement

The broadcaster announced the news on behalf of Mary’s family.

They said: “We are extremely saddened to share that Gogglebox star Mary Cook passed away in hospital this weekend at the age of 92 with her family by her side.

“Beloved mother, grandmother, great-grandmother and dear friend to many, Mary, who worked in the hospitality trade, had been married and widowed twice.”

The statement added: “Mary will be sorely missed by the entire Gogglebox family, cast and crew.

“Our love and thoughts are with Mary’s family, friends, and Marina.

Gogglebox viewers rushed to share their condolences following the news.

One wrote: “Aw Mary you’ll be sorely missed, I’m so glad we’ve got the series to remember your laughs. Poor Marina I hope she’s got people around her to help her cope with the loss of her best friend.”

A second shared: “She will be dearly missed. Her and Marina are firm favourites in our house. My thoughts go out to Marina and all of Mary’s family and friends.”

Another added: “So very sad! This beautiful lady made me laugh every time & I wanted to be just like her when I am 90!”

In addition, a fourth commented: “I absolutely loved Mary & Marina they were up there amongst my favourites. She will be so very missed – thoughts and condolences go out to her family and those that knew her.”

A fifth said: “Oh she did make me laugh! Thoughts with her family and to Marina.”

Meanwhile, others shared their hilarious memories of Mary.

One said: “Very sad to hear this. She was always very funny and witty on @C4Gogglebox, even down to her sexual innuendos!!”

Furthermore, a second added: “RIP Mary Cook. She was a joy to watch. Great sense of humour. She would occasionally sing on the show. She had a great voice. God bless her.”

When did Mary join the Channel 4 show?

Mary and Marina first appeared on the series in 2015.

The pair both lived at the St Monica Trust retirement village in Bristol.

Their segments for the show were previously filmed from Marina’s living room.