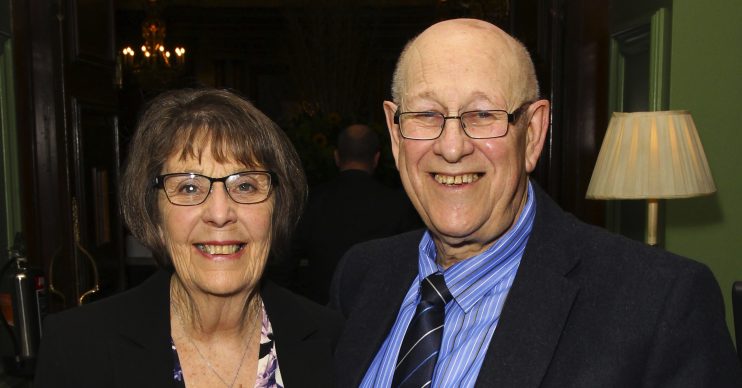 They bought it together 62 years ago!

It was the end of an era for Gogglebox favourite June Bernicoff yesterday, as she announced she’s leaving the home she shared with her late husband Leon.

In an emotional tweet, the 81-year-old told her followers that she was “reluctantly” leaving the Liverpool house that she bought with Leon 62 years ago.

Paying tribute to the people of the city, she said that she wanted to be closer to her family.

And fans of the couple were soon inundating June with well wishes as she heads off for pastures new.

The Bernicoffs became hugely popular with fans of the Channel 4 series as they shared their hilarious and poignant thoughts on the latest TV programmes.

Sadly, Leon died in December 2017 at the age of 83, after suffering from an illness.

June subsequently left Gogglebox, explaining that it wouldn’t be the same without her husband by her side.

And her tweet yesterday (25.10.19) was full of emotion as she told her fans that she was leaving the home the couple had shared together for so long.

In a later tweet, she elaborated on her departure, saying: “Yes, I am moving near my family in Warks and I’m looking forward to a new chapter in my life.”

It didn’t take long for June and Leon’s fans to offer some kind words to the star.

One wrote: “Love and best wishes to you, June. This must be a real wrench for you x.”

Another said: “Good luck for the future! Sending you lots of love.”

And a third tweeted: “Aww glad you’re going to be closer to your family. This city will miss you.”

Earlier this year, June spoke about the impact that Leon’s death had on her life.

She told the Mirror Online: “I don’t watch much TV these days, if I’m honest. I find it difficult.

“I’ve been reading a lot more, or listening to the radio, but I just feel restless whenever I sit down to watch it. I find myself getting up to make a lot of cups of tea, and I can’t settle.”