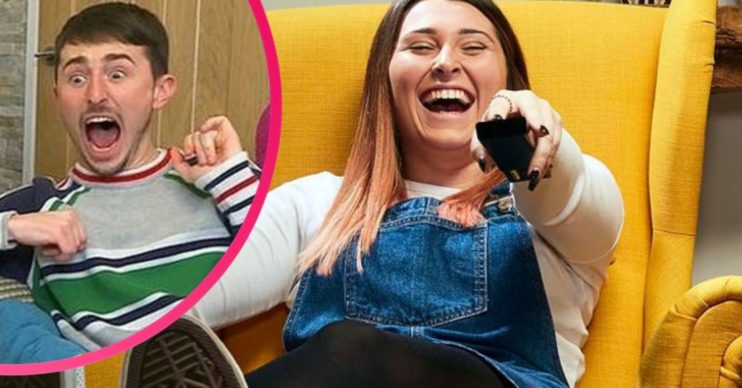 Channel 4 viewers thought the pair had a third sibling

Gogglebox fans were left stunned after Sophie Sandiford shared a photo of her mum.

Sophie appears on the popular Channel 4 show alongside her brother Pete.

The star took to social media to mark their mother’s birthday and share a snap to commemorate her special day.

The heart-warming picture featured the family posing together, and Sophie captioned it: “Happy birthday to the best mum ever.

“We’re all so lucky to have you and so grateful for everything you do for us! Have a brilliant day! Love you always @juliejohnson31.”

However, it wasn’t long before Sophie’s followers began to rush to the comments.

Fans shared their shock that Julie was the pair’s mum, with some having assumed she was their sister.

“Mum? Never! Happy birthday to your mum,” replied one fan.

“My goodness. She looks more like your sister than your mum. Happy birthday honey,” wrote a second.

Meanwhile, a fourth added: “Wow she looks lovely could be your sis Sophie. Happy birthday.”

During last week’s episode of the Channel 4 show, the siblings showed off their new Corgi called Colin.

The cheeky little pup ran across the sofa at one point to Sophie before jumping onto the coffee table in excitement.

Colin even tried to drink a cup of coffee which was on the table.

Fans were quick to take to social media to give the latest Gogglebox addition two thumbs up.

One tweeted: “Colin being a warm welcome to the #Gogglebox family!”

Gogglebox airs on Channel 4 on Friday nights from 9pm.