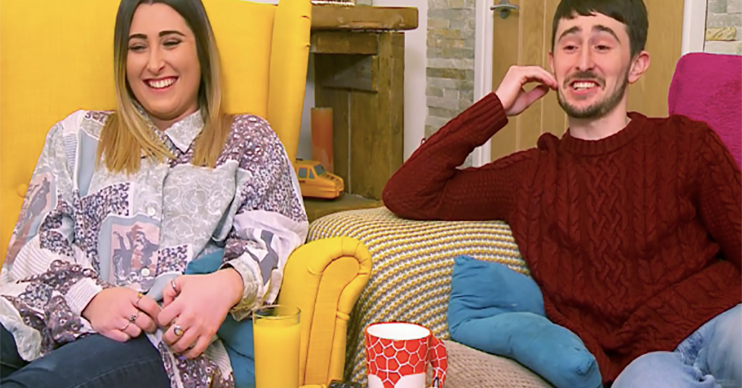 Joe, 33, has been keeping the nation healthy by live-streaming PE sessions each morning during the coronavirus lockdown.

But on Friday night (April 3, 2020), Gogglebox’s Sophie and Pete were slammed for accusing him of “cashing in”.

Read more: Why am I so tired in the morning? Expert reveals possible lockdown causes

Joe has raised a staggering £80,000 through advertising and has pledged it all to the NHS.

Yet as they watched his recent appearance on The Andrew Marr Show, Sophie sniggered: “How’s he made it onto Andrew Marr?”

She then went on to mock him as he explained his journey to becoming ‘the nation’s PE teacher’.

Pete then chipped in: “And capitalising on a pandemic. He is cashing in big style.

The siblings, from Blackpool, also mocked him for getting his words muddled and accidentally saying both “international and global” press had contacted him.

I mean, internationally is globally. He’s proper sharp him, isn’t he?

Pete jibed: “I mean, internationally is globally. He’s proper sharp him, isn’t he?”

But taking to Twitter, angry fans have been quick to defend Joe.

One tweeted: ‘Makers of #Gogglebox need to have a word with the brother/sister.

“How disrespectful were they about @JoeWicks?

“The guy has shown nothing but kindness through this difficult time and they’re sitting there insulting him #disrespectful.”

Another added: “Pete and his nasty comments about Joe Wicks money grabbing.

“He’s donating the profits to the NHS . Such a [expletive] #Gogglebox.”

“Shame on you. He’s helping out during difficult times.”

Sophie and Pete weren’t the only Gogglebox stars to mock Joe either.

During the segment, Jenny and Lee poked fun out of the dad-of-two as he told Andrew about a recent bike accident.

Read more: Expert claims women ‘should be eating 500 less a day’ during lockdown

The mishap has left Joe in plaster yet he has powered through and continued his daily classes.

But rolling her eyes, Jenny said: “Oh here we go. Oh he fell off his bike. So you can’t ride a bike then, Joe?”

Fans had the last laugh, however. Lee was seen ripping his jeans as he tried to do one of Joe’s squats.