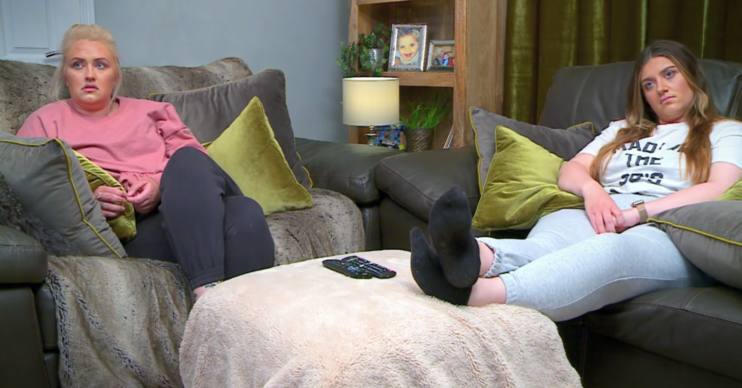 TV bosses have responded after Gogglebox was slammed by some viewers over social distancing concerns.

Fans of the series have been taking to social media with their objections to some stars’ conduct for some weeks.

Previous complaints have included those about people from different households on the show mixing together for the Channel 4 programme.

Sisters Ellie and Izzi Warner – who do not live together – and brothers Baasit and Umar Siddiqui are among those who have come under fire for coming together for the Friday night show.

Some have also been worried for the likes of Mary and Marina and also Sid Siddiqui, who have ‘gone missing’ during the coronavirus pandemic.

And last week’s episode even saw one viewer turn to police for advice on the alleged infringements.

Some families are still not social distancing on Gogglebox.

Last night (Friday May 1) the TV programme again responded to accusations that guidelines are not being followed. following more complaints this week.

The continuity announcer reassured viewers that Gogglebox’s stars are abiding with the rules of social distancing.

The voiceover said:  “Just in case you’re worried, they are all keeping to the guidelines of social distancing.”

But that was apparently not obvious to those watching at home.

One person tweeted during the show: “Some families are still not social distancing on Gogglebox.”

“#Gogglebox no they ain’t all social distancing,” answered back somebody else.

But a third person reflected: “I guess they are ‘going to work’ and maintaining social distancing.”

It was reported earlier this week that Ofcom has received 134 complaints relating to claimed breaches of social distancing advice on Gogglebox.

ED! has approached a representative for Gogglebox for comment.

While production has halted for many TV programmes during the pandemic, filming will continue for Gogglebox.

Channel 4 bosses have made it clear Gogglebox will go on – with stationary cameras in the stars’ living rooms to ensure there is no contact with production crew.

Ian Katz, Channel 4’s director of programming previously said: “The coronavirus outbreak is an enormous creative challenge for all broadcasters.

“Though it is having a profound impact on getting some of our productions onto screen, it’s also a time when public service broadcasters like Channel 4 can step up and help people navigate through the extraordinary challenges we all now face.”

– Gogglebox airs on Friday nights on Channel 4 at 9pm