The Friday night (20.09.19) show opened in Bristol, dropping in on pals Mary and Marina as they reminisced about their youth.

Mary admitted she had been a keen singer when she was a child - giving both Marina and everyone watching at home a brief demonstration of her warbling.

An impressed Marina reckoned her friend should apply to show off her singing skills on Britain's Got Talent. 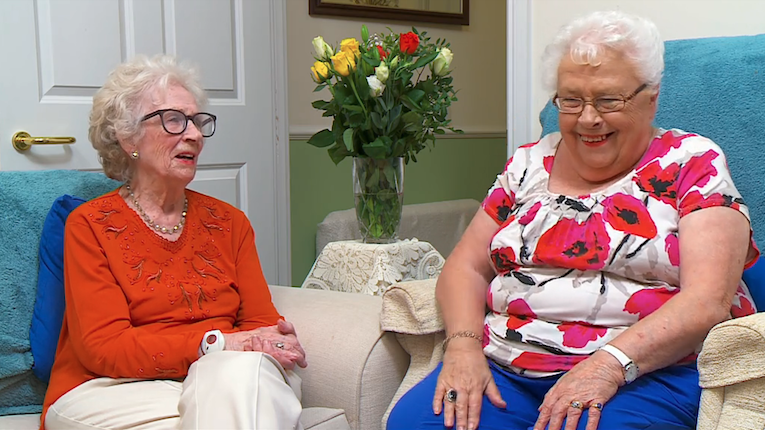 They don't sing them like they used to! (Credit: Channel4.com)

But a reluctant Mary shrugged off the thought, modestly responding: "Oh I couldn't be bothered."

She continued: "I should have done that when I was about 10 years old. I used to [bleep] 'em out then."

I meant sing them out, you know.

Why don’t you go on BGT… and wank ‘em out #BGT #Gogglebox pic.twitter.com/eqDpXOY54V

After a moment of confusion for Marina followed by a swift realisation of what she'd said from her misspeaking mate, Mary corrected herself.

"I meant sing them out, you know," she chuckled as Marina also tittered along.

Marina replied: "I know what you meant, Mary!"

For clarity, Mary's X-rated gaffe begins with 'w' and rhymes with 'plank'. How did that pop out of her mouth?

"[Bleep] them out??? #Gogglebox," repeated one incredulous Twitter user. 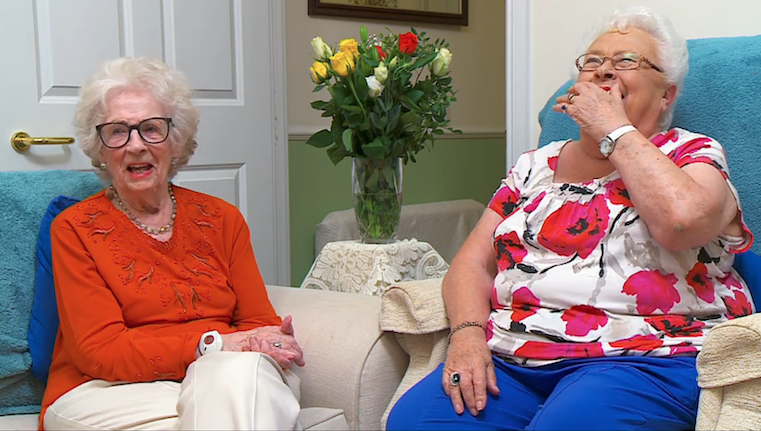 Oh we did have a laugh! (Credit: Channel4.com)

"Mary saying 'I used to [bleep] one out about singing in her youth stopped me in my tracks! #Gogglebox," added another amused observer.

Someone who couldn't recall Mary and Marina's names contributed: "Them two old girls on Gogglebox make my life."

And another tickled viewer summed it up with: "Mary and Marina are the best! #Gogglebox."

- Gogglebox airs on Channel 4 on Fridays at 9pm