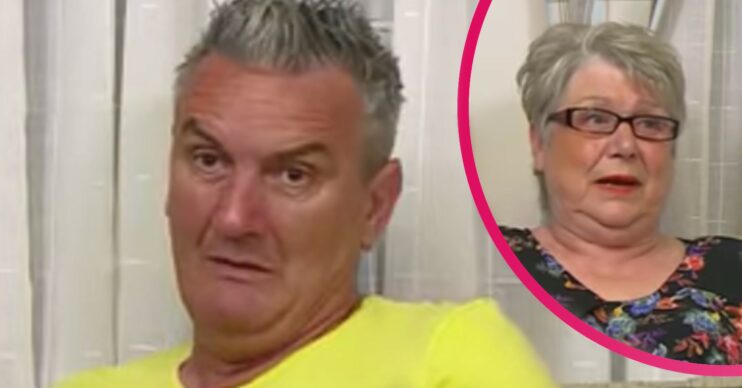 The Gogglebox favourite looked like he was on holiday in Cyprus with none other than his partner in crime – Jenny Newby.

But it turns out he’s actually just hanging out with a pal that looks remarkably similar.

Lee is currently in Cyprus where his husband Steve Mail lives.

Taking to Instagram, Lee and Steve shared a snap of them enjoying a few drinks with their friends.

But Lee’s fans couldn’t help but point out how similar their female companion looked like Jenny.

Read more: Gogglebox fans demand Lee and Jenny get their own show

One user remarked: “I had to do a double take. I thought that was Jenny. They look so alike.”

While another user commented: “She’s like a much younger Jenny alright, isn’t she?”

And a third user joked: “Lee must have been missing Jenny so much that he had to find a lookalike. Two gorgeous ladies.”

Indeed Gogglebox faves Lee and Jenny are the best of friends and have been since 1994.

This is when they first met at a pub in East Yorkshire, where Jenny served as the landlady and Lee was a regular punter.

They hit it off straight away and started to go on holiday together.

And they also began watching telly together at one another’s houses – which made them the perfect candidates for Gogglebox!

What’s more, the famous friends panicked Gogglebox fans back in May when they tweeted a picture of Lee’s “empty sofa” at his caravan.

Some worried this meant they were leaving the hit show.

But luckily they just meant the sofa was empty for the time being – as the latest series of Gogglebox had come to an end.

The new series will return in September however, and Jenny and Lee say they’ll be back to dish their verdicts on the latest television goings ons.

In fact, they even joint tweeted: “Thanks for watching Goggleboxers time for Jenny to see her husband after 3 months with me. Really going to miss her though. Have a great summer everyone. SEE YOU ALL IN SEPTEMBER.”