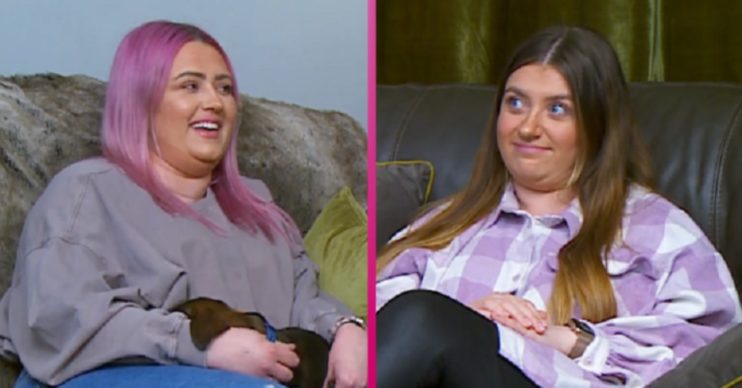 During Friday’s (April 2) episode of the popular Channel 4 programme, sisters Ellie and Izzi were talking about teenage relationships when Ellie stunned with an incredibly crude remark.

What did Ellie and Izzi watch on Gogglebox?

On Gogglebox, the couch potatoes watched a hapless 18-year-old on Teen First Dates struggling to pay the bill.

Read more: Gogglebox: Why the Siddiqui family’s mum will never appear on show

After watching the programme, Izzi reflected: “This is all very grown up, isn’t it?”

Ellie replied: “Teenagers have come a long way from [bleeping] behind bike sheds.”

One wrote: “Ellie has just made me spit my wine out! That was hilarious! #gogglebox.”

Another said: “@ellieandizzi can’t believe what you just said about #TeenDates… [bleeping] behind the bike sheds #Gogglebox.”

Ellie has just made me spit my wine out! That was hilarious!

A third tweeted: “#Gogglebox wins the internet tonight. ‘Teenagers have changed, long gone the days of [bleeping] behind the bike shed’, from the sister from Leeds.”

A fourth said: “Teenagers have come a long way from [bleeping] behind a bike shed, crying! #Gogglebox.”

However, not everyone was impressed with the vulgar comment.

“Did she just say that?” asked one viewer, stunned.

Another swiped: “Shows how classy they both are.”

Did she just say that#Gogglebox

What did you think of Ellie and Izzi on last night’s Gogglebox? Leave us a comment on our Facebook page @EntertainmentDailyFix and let us know.