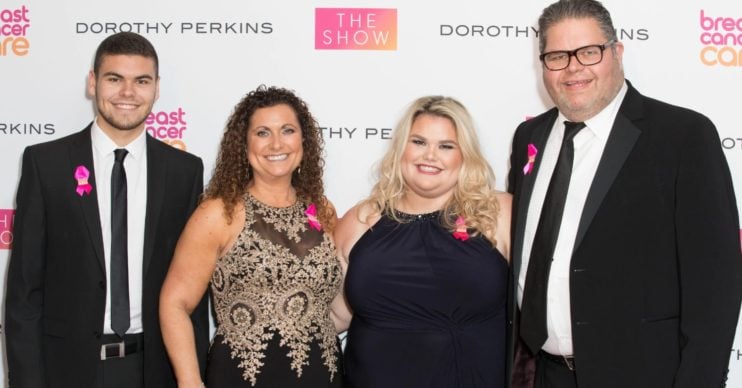 The family left the show in 2018, but will they make an appearance in the new series?

Gogglebox favourites the Tapper family have finally revealed whether they will return to the Channel 4 show in the future.

The much-loved family – made up of Jonathan, Nikki, Amy and Josh – quit the reality series back in 2018.

But despite fans begging for the foursome to return, the group have ruled out a comeback.

Gogglebox: Are the Tapper family returning?

It’s believed the Londoners are keen to move on from their former TV days.

A source told the Daily Star: “The Tapper family was part of Gogglebox for five years and they loved it.

“But they don’t have any plans to return. They have moved on.

“They have some ­exciting things in the pipeline that they want to focus on.”

When did they join the Channel 4 show?

The family featured on the show from the very beginning and quickly became popular among viewers.

Before joining in 2013, Jonathan used to own a kosher restaurant while Nikki was a nursery teacher.

However, their success wasn’t without some negativity, as Amy was targeted by trolls over her weight.

During one episode of the show, she said: “Even though being big is unhealthy, just as being too thin is unhealthy, it is portrayed as a bad thing.”

Why did they leave?

Jonathan, Nikki and their kids bowed out of the hit reality series two years ago.

It’s reported Amy’s appearance on Celebs Go Dating was one of the main reasons, with the show airing in October 2018.

Meanwhile, Josh bagged himself a job in the Cabinet Office – a role he left one year later.

Speaking to the Mirror about quitting the show, he said: “The option to go back is always there but I want to move away from that and the focus is now very much on my job.

“Of course, I miss it and the sitting on the couch watching TV. But I am more focused on my future… it’s a more a secure path.

“I don’t think any ministers recognise me but the civil servants do. It took them a while to mention it – a total of about two days!”

Who are the Tapper family? Jonathan and Nikki

Nowadays, Jonathan works as a chauffeur while his wife continues to work in a nursery.

Despite keeping out the spotlight, the family made headlines back in July 2019, after Jonathan contracted coronavirus.

At the time, the 52-year-old was left fighting for his life as his anxious family sat by his bedside.

Nikki, 47, said that medics advised the family to order an oxygen machine so they could look after him at home.

The mum-of-two explained: “One night Jonathan came home from work and was unable to move. He had a cough and high temperature. He laid down on the sofa and – with no exaggeration – he stayed there for two weeks in our lounge room.”

She added: “Jonathan has underlying health conditions like diabetes and is in his early 50s, so we were very concerned.”

Daughter Amy is still a regular face on TV screens, including Celebs Go Dating and the upcoming Celebs Go Skating.

In recent months, the 20-year-old has wowed fans with her incredible weight loss after losing three stone.

Opening up on her weight journey, she previously said: “I’m so proud that I’ve been able to keep the 3 stone I lost off and still feel healthier and fitter than I did this time last year!!!!”

“Now Muscle Food have literally helped so so many people get incredible results not just me!!”

Meanwhile, Josh apparently quit his job in the Cabinet Office to work as a communications officer.

He currently works at Demos – a leading British think tank and charity.

According to the company’s website, Josh is a pro in all things press and media – including the public, policy makers and politicians.

Josh’s new job came nearly two years after he quit the Channel 4 show to be part of a graduate scheme at Number 10.