The weather presenter, 37, appeared at the start of the show sporting bare legs as she told viewers her agenda for the day.

Minutes later, she joined fellow presenters Charlotte Hawkins, Ben Shephard and Kate Garraway on the panel and was wearing a pair of black tights. 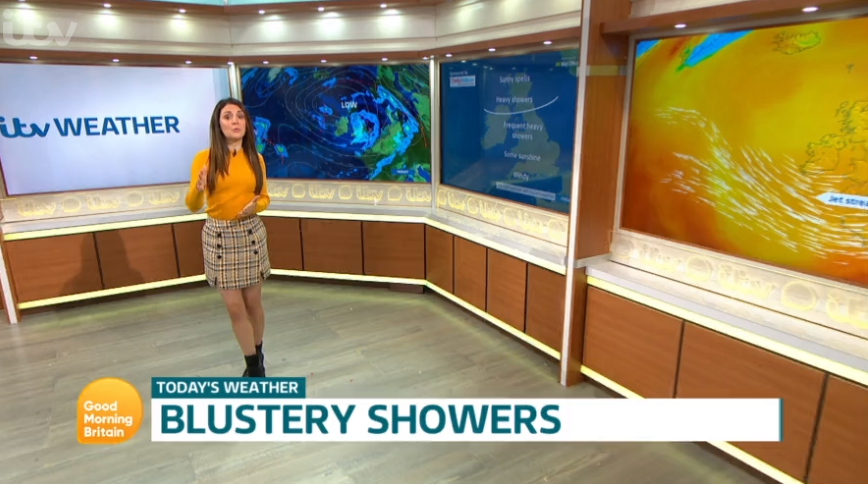 Ben told viewers: "As Laura sashays onto the desk, we've made it to Friday."

Laura said: "With a different pair of legs. I had no tights on a second ago."

Charlotte asked: "Weather related?" to which Laura replied: "Yes. It's a bit colder than I thought."

Viewers took to Twitter to question Laura's sudden change, with some joking it was "magic". 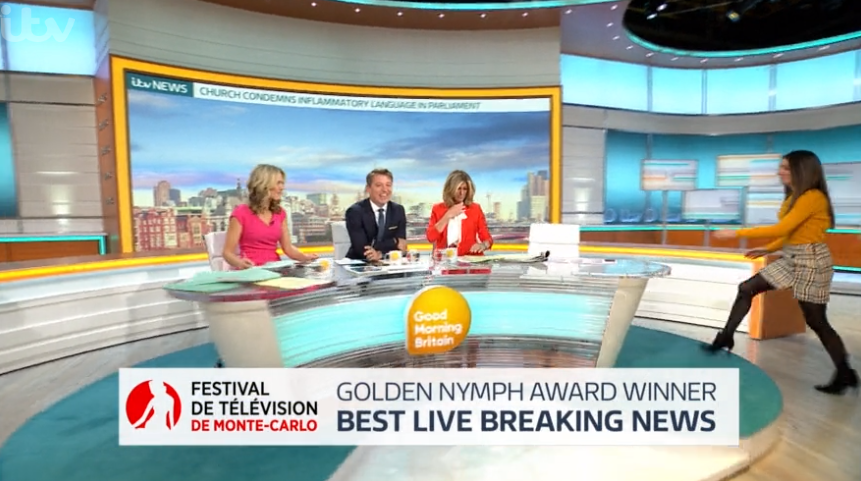 Laura then changed to wearing tights within minutes of the show starting (Credit: ITV)

One person said: "@Lauratobin1 on #gmb this morning went from tan tights to black tights in a matter of seconds. Look amazing but magic tights."

With a different pair of legs. I had no tights on a second ago.

Another wrote: "@Lauratobin1 you must have been very quick in putting on your tights or was your weather intro recorded?"

It wasn't just Laura's outfit that became a talking point on the show.

He said: "Did you have a nice evening out last night?" to which a baffled Kate replied: "Me? Why?" 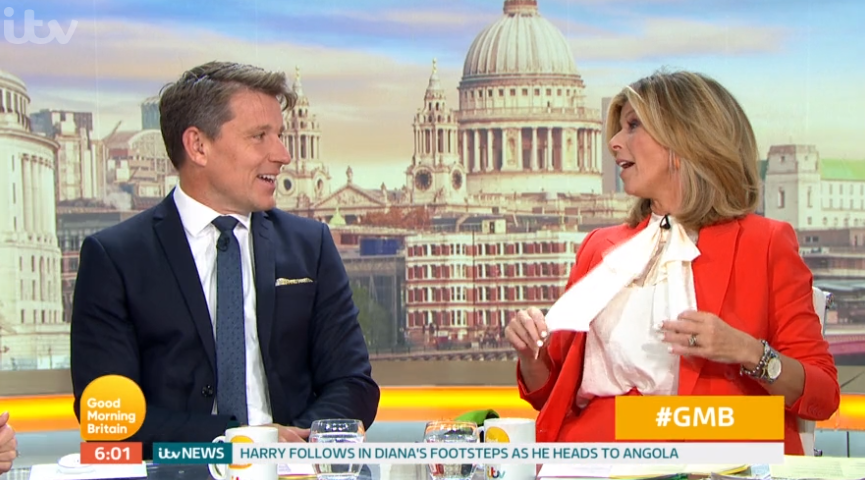 Ben joked: "You've forgot to take your serviette off."

Laughing, Kate said: "You can never be too careful!"

Ben asked: "What are you doing?" to which Kate admitted: "I don't know. I jumped the shark this morning. It's like some kind of weird dickensian figure or something."

Charlotte cut in: "Or Austin Powers. He had one of those didn't he."

Kate joked: "I'm just Austin Powers with the dodgy teeth. I like it, don't mock it!"

Who wore it best @kategarraway or Austin Powers?

Read more: GMB's Kate Garraway vanishes after getting locked in the loo

Ben asked: "What's it called?" to which Kate hit back: "Style! That's what it's called."