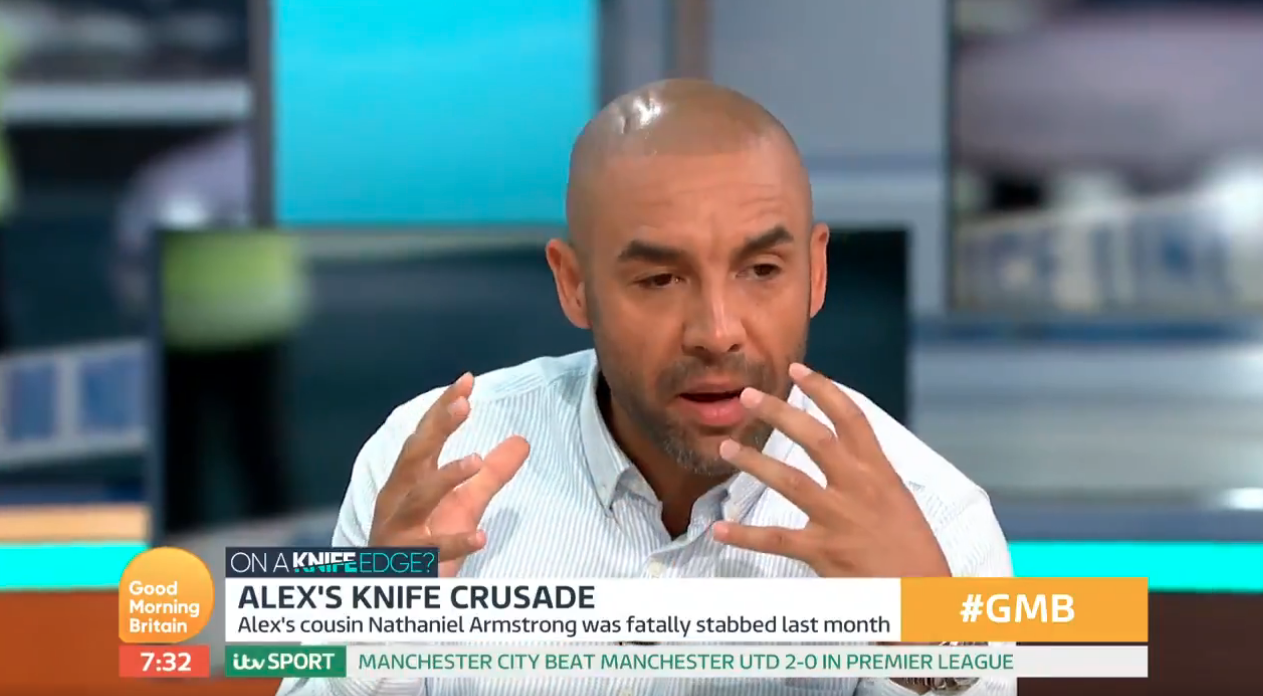 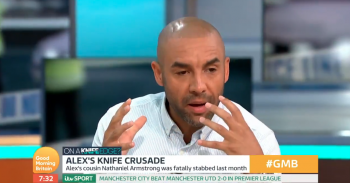 Nathaniel Armstrong died after being stabbed in chest last month

Good Morning Britain presenter Alex Beresford has spoken about his family’s emotional loss as they grieve for his murdered cousin Nathaniel Armstrong.

Nathaniel, 29, was knifed in the chest in Fulham, West London, in March – and an upcoming documentary will show 38-year-old weather forecaster Alex visit the scene of Nathaniel’s passing for the first time.

Knife Crime And Me airs on ITV tonight and features contributions from Nathaniel’s sister Nadine.

It also shows Alex speaking with young people who carry knives about the rise in violent crime on the streets of the capital.

‘There is an incredible amount of fear on the streets.’@alexberesfordTV opens up about his experiences while investigating why young men carry blades, and how it’s contributed to the knife crime epidemic.

His documentary ‘Knife Crime and Me’ airs tonight 7:30pm on @ITV. pic.twitter.com/dE9DJqnMkr

Appearing on GMB earlier today, Alex said Nathaniel’s parents and family were having difficulty ‘moving on’ as the funeral has yet to take place.

He explained: “They’re kind of all pulling together, I think the main focus at the moment is trying to get a date for the funeral but as we know in these kinds of circumstances, the bodies don’t get released as quick as you’d like them to.

“So at the moment, no date for the funeral, so whilst he’s just lying there it’s quite hard to move on isn’t it?”

Alex also noted Nathaniel died just yards from where TV presenter Jill Dando was killed on her doorstep in 1999.

He said: “I speak to his sister Nadine in the documentary about how she’s feeling, and we actually went back to the place, to the road where Nathaniel was killed where actually it’s the same road as Jill Dando.

“For me on camera it was the first time going back to the scene – I didn’t want to go there before – and yes, it was quite hard.”

A few days before Nathaniel’s death Alex made an impassioned speech about knife crime on GMB – and the Bristol-born TV personality admitted he had been floored by the terrible irony.

He said at the time: “You couldn’t make it up.”

Tomorrow my @itvtonight ‘Knife Crime and Me’ airs at 7:30pm. I had many request to hear from my brothers in the picture I showed on @gmb so I had to include them! Here’s a sneak preview for you all… pic.twitter.com/WfFW9KW4Nz

Alex continued: “It’s come as a big surprise it happened to Nathaniel because he’s 29, he’s not in a gang, he went to a decent school and a decent university.

An emotional Alex concluded: “Nobody wins. Everybody loses.”