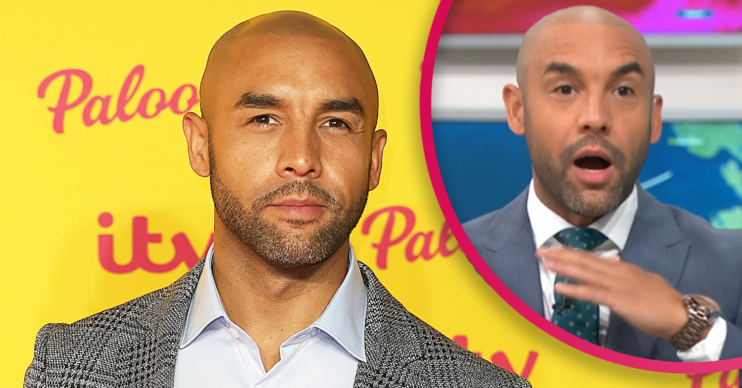 His co-hosts also branded him "shallow"

The backlash followed Alex’s claim that he had been “fat-fished” on a dating app.

Alex made the comments on the show this morning (August 28), while chatting to hosts Ranvir Singh and Sean Fletcher.

The newly single weather presenter moaned that a “large” woman he was chatting to online had hidden her weight from him and he revealed he was disappointed when they met in real life.

Alex revealed the encounter took place 15 years ago, before he met wife Natalia, who he recently announced he had split from.

What did Alex say?

“When their pictures are just from the shoulders up, alarm bells start ringing,” Alex said.

“So I turned up for the date, and she was a lot different, a lot larger than she looked like in her profile pictures.”

Ranvir warned Alex that he sounded “shallow”, but the GMB star continued.

“It does sound shallow, but I guess that is what you call “fat-fishing”. I would just rather have known from the get go.”

He said: “Anyway, to cut a long story short, I saw her on Instagram last week and she looked absolutely amazing!”

“His story is NOT catfishing. I myself have been a victim of proper catfishing twice in the last nine years,” said one.

“I think Alex’s story does a disservice to those that have really been victim to it. All he’s doing is fat shaming,” they added.

Another said: “So Alex doesn’t like fat women then.”

This is the sort of women alex would date #gmb pic.twitter.com/RcFExyHlGy

Another commented: “Alex shame on you. She would still be the same person no matter what size she was.”

What do you think of Alex’s comments? Join the debate on our Facebook page @EntertainmentDailyFix.