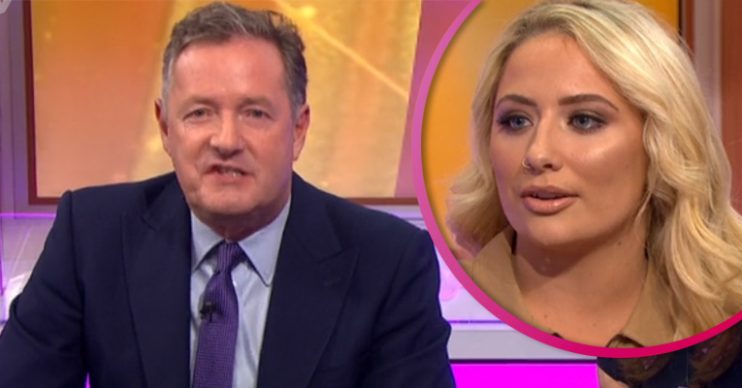 He asked who they were

On Wednesday’s show, Susanna Reid revealed the pair were coming up on the programme and Piers was quick to ask who they were.

Susanna told viewers: “AJ and Saffron have sent fans wild with their sexy cha-cha,” before Piers interrupted: “Who are they?”

Susanna hit back: “You love Strictly, Piers. You love talking about the curse.”

Piers said: “I don’t want Strictly, I don’t know who these people are. Who are they? Were they in Love Island or?”

Susanna then explained that AJ’s brother Curtis Pritchard was on Love Island this summer.

Piers said: “Ah, we’ve got the brother of someone in Love Island. That’s a big coup isn’t it. Anyone’s dog from Love Island coming on?”

Piers and Susanna then sat down with Saffron and AJ at the end of the show.

Piers asked Saffron: “Here’s my first question, who are you?”

The internet star explained: “A YouTuber is somebody who creates their own content online.”

Piers asked: “What content to you create?” to which Saffron said: “I create so many different style of videos like comedy, lifestyle, fashion…”

Piers interrupted: “Make me laugh. Come on make me laugh, tell me a joke.”

Piers asked: “Is it a talent do you think?” to which Saffron replied: “I think you’ve got have a good personality and you have to work very hard.

“I do work seven days a week and produce all my own content. It’s something that did start as a hobby and now it’s my full time job.”

Piers then moved on to AJ, asking the dancer: “Apparently you’re incredibly popular, I don’t watch Strictly so I don’t know.

“Are you two at it yet like all the Strictly couples or not? Come one, don’t tell me you haven’t tried.”

AJ said: “No. I have a girlfriend,” to which Piers asked: “How does she feel about you dancing with a hot blonde?”

AJ replied: “She is a hot blonde also. It’s the profession Piers. If you want to make it work, you obviously do 12 hours a day.”

As a photo of AJ and his girlfriend popped up, Piers said: “Oh you have a point. You are punching though aren’t you? My God.”

Another said: “I’m not one to moan but the way Piers treated saffron and AJ was disgusting. Totally rude abnoxious and bad mannered.”

A third added: “Wasn’t sure about Saffron, but Piers giving a 19 year old girl a hard time is just embarrassing and creepy! Leave her alone.”

I’m not one to moan but the way Piers treated saffron and AJ was disgusting. Totally rude abnoxious and bad mannered. #GMB

Wasn’t sure about Saffron, but Piers giving a 19 year old girl a hard time is just embarrassing and creepy! Leave her alone 🤔🤔 #gmb