Russell Howard has responded to Good Morning Britain viewers after swigging a can of cider on the show.

The comedian appeared on Friday's show (April 17) to discuss how he's finding lockdown alongside his mum.

Russell explained he's moved back in with his mum because his wife Cerys is a doctor working on the frontline during the coronavirus pandemic. 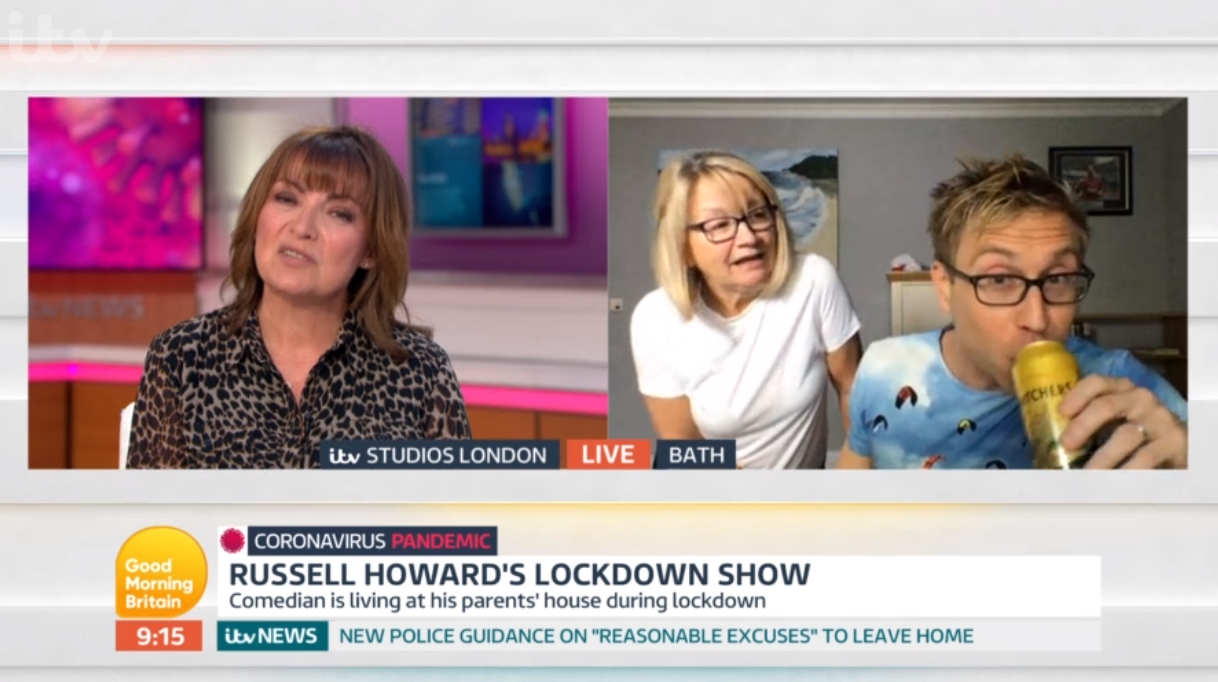 Russell Howard swigged a can of Thatchers on Good Morning Britain (Credit: ITV)

As he spoke to host Lorraine Kelly, Russell picked up a can of Thatchers and began drinking it.

Viewers were in hysterics over the moment and shared their thoughts on Twitter.

One person said: "Yes Russell Howard IS drinking a Thatchers cider at 9am. What a lad."

A third added: "Had to come on to Twitter to double check that Russell Howard was in fact drinking cider on #GMB at 9.15."

Yes Russell Howard IS drinking a Thatchers cider at 9am. What a lad 😂 #GMB #Lorraine pic.twitter.com/0AlmFTQZq9

Had to come on to Twitter to double check that Russell Howard was in fact drinking cider on #GMB at 9.15 👏🏻🤣

Following his appearance, Russell revealed the real reason he was having a drink.

Alongside a screenshot of a viewer's comment about him sipping on cider, Russell said: "For all the people wondering why I was knocking back cider on breakfast TV.

"It was my meant to be my brothers stag do today so I was dared into it. I couldn’t let him down!"

During his appearance, Russell paid tribute to his wife for working on the frontline.

What did Russell Howard say on Good Morning Britain?

He said: "My wife was having six months off as a doctor. As soon as the crisis happened, she went straight back to work.

"It’s just incredibly tough. I’m just immensely proud of her, of all of them [the NHS workers].

"She’s got lots of friends who are doctors and nurses and they just crack on. 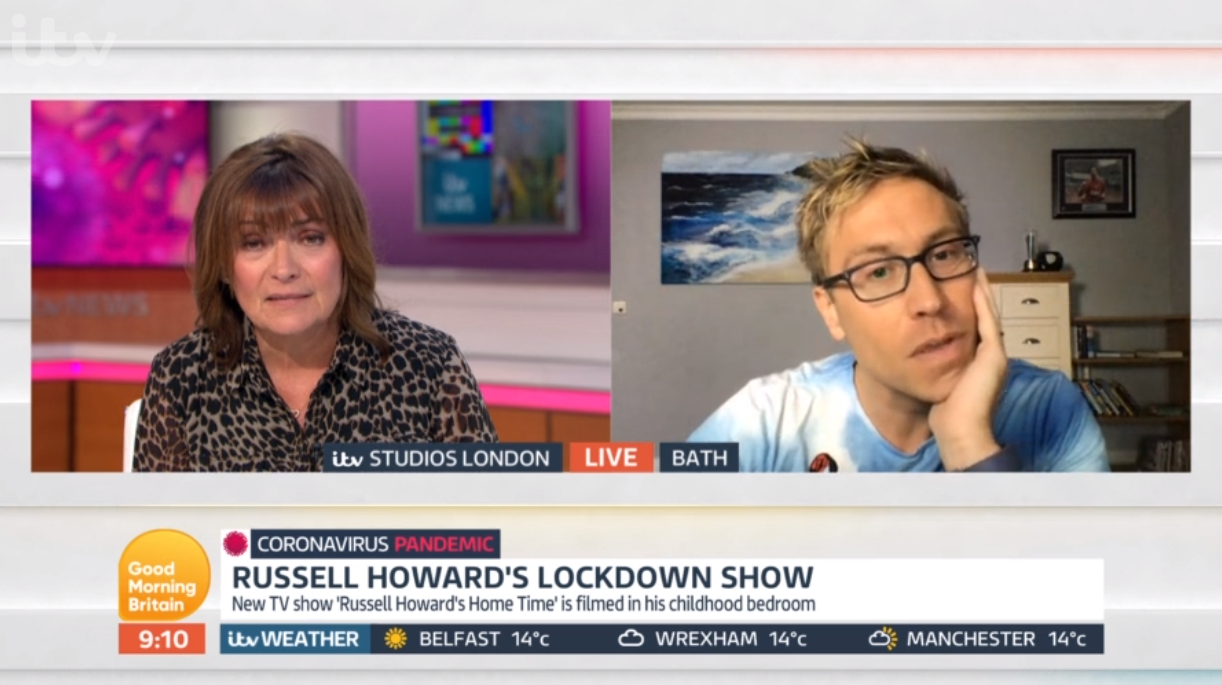 "This is what they do, they get up, they go to work, they look after people.

"It’s not really a job to be a healthcare professional, it’s a calling and they all have such empathy and wisdom, I couldn’t be prouder.’ How well do you know For the Love of Dogs host Paul O'Grady? Take our quiz 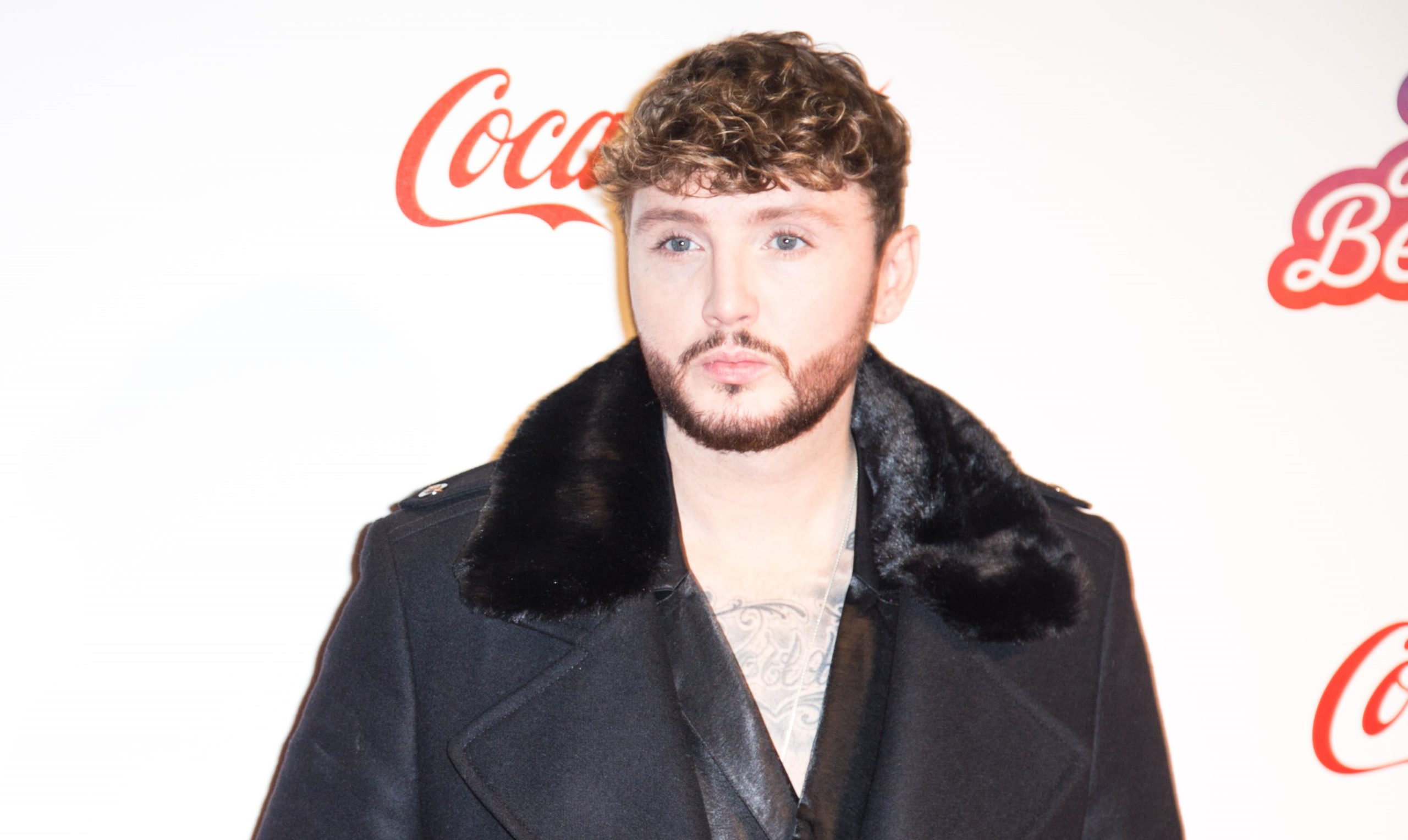