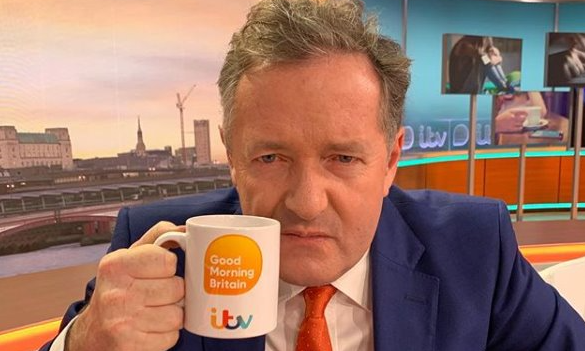 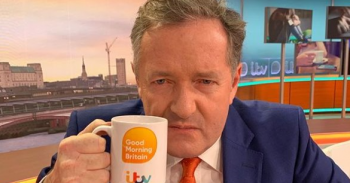 GMB viewers in hysterics as Piers Morgan is fat-shamed AGAIN

Piers Morgan was shown up by Jack Whitehall once again as comic poked fun at the Good Morning Britain presenter’s weight.

Cheeky Jack, 30, got a few more shots in on the breakfast TV host earlier today, having taken aim at his ‘multiple chins’ during a flat segment at the BRITs with pop group Little Mix.

The jibe drew a mock-outraged reaction from former newspaper journalist Piers at the time – and it seems he still enjoyed being the butt of the joke during Jack’s ITV appearance this morning.

Pretending to apologise, Jack solemnly admitted his ‘fat-shaming’ gag had been out of order.

“No it is totally unacceptable,” he told Piers after being put on the spot.

He continued: “I knew you would have a good sense of humour and would take it on your chins.”

As both Piers and co-host Susanna Reid roared with laughter, Jack went on to joke he is “obsessed” with the presenter – but he also slapped down the notion put forward by Piers that the ex Mirror man is a ‘national treasure’.

“You are a regional trinket at best,” Jack quipped.

Read more: Loose Women are going on the road for a late-night show

He also said: “You’re my favourite pantomime villain, I can’t help myself.

“Maybe I’m obsessed with you.”

Piers, who claimed to be amused by Jack’s taunts, later claimed on Twitter he beat Jack “to a pulp” following the interview.

I beat him to a pulp afterwards. https://t.co/Fv1otXeB7v

Many of those watching at home were similarly tickled.

“Every time I see @jackwhitehall he cracks me up, the guy’s hilarious! #JackWhitehall,” tweeted one viewer.

A third said: “The regional trinket quip made me laugh so much!”

But not everybody agreed. One annoyed observer fumed: “Fat-shaming anyone is wrong, why you giving this idiot air time? What’s it got to do with news?”

And another concluded: “Most unfunny comic.”

‘National Treasure? No Piers, you’re more of a regional trinket..’ – ⁦@jackwhitehall⁩ on ⁦@GMB⁩ today. He wasn’t quite so cocky afterwards… pic.twitter.com/8jtUUZ6sx1