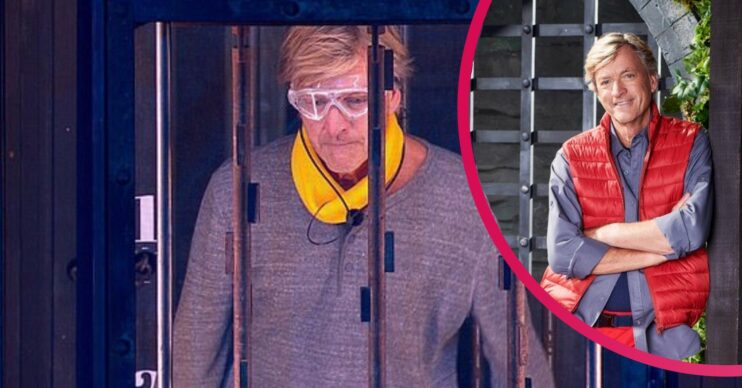 GMB viewers are fuming that the show has become “one huge trailer for Richard Madeley” after a segment dedicated to his journey on I’m A Celebrity is launched today.

Richard Madeley, a regular host on Good Morning Britain, is currently appearing on ITV’s I’m A Celebrity. The show launched last night and features a host of stars, including Frankie Bridge, Louise Minchin, and David Ginola.

What is the new segment on GMB today?

On today’s (November 22) Good Morning Britain, a new segment was launched, dedicated to Richard and his I’m A Celebrity journey.

Following a general round-up of the entertainment news, as well as a look at I’m A Celebrity, a new segment was launched. The segment, called Madeley’s Magic Moments, is set to be a daily look at some of Richard’s best bits on I’m A Celebrity.

In today’s segment on Good Morning Britain, a clip from last night’s episode of Richard and ex-footballer David Ginola was shown. The pair were trying to start a fire at their campsite in Gwrych Castle, North Wales.

What did Good Morning Britain viewers have to say?

However, some Good Morning Britain viewers were less than impressed with the show’s new Madeley-dedicated segment. Many took to Twitter to vent their frustrations at the shake-up.

“I take it GMB has become one huge trailer for Richard Madeley?” one viewer fumed.

“Hoped to get a rest from the buffoonery of Richard Madeley on this show. However, it seems like [the] show is still going to dedicate a lot of time to him. Oh well,” another Good Morning Britain fan wrote.

“They really gonna push Madeley down [our] throats on a daily basis, aren’t they,” a third fan moaned.

“Oh Christ, as Madeley is in the castle they’re gonna be banging on about it constantly,” another Good Morning Britain viewer tweeted.

Why is I’m A Celebrity in North Wales again this year?

Richard, 65, is joining nine other celebrities on this year’s edition of the show. It is once again being filmed in North Wales due to Covid-19.

The show was filmed in the same location last year, as Covid restrictions prevented it from being filmed in the Australian jungle. Author and presenter Giovanna Fletcher won last year’s series.

Richard is the second oldest contestant on this year’s show. Only ex-Strictly judge Arlene Phillips, 78, is older than him.

What did you think of Good Morning Britain’s new segment? Head to our Facebook page @EntertainmentDailyFix and tell us what you think.