A new weather presenter on Good Morning Britain put a little sunshine into the hearts of those watching at home earlier today.

Five-year-old Harmonie-Rose Allen - whose limbs were amputated after she contracted meningitis at just 10 months old - completed the Bath half marathon last weekend to raise funds for charity.

She had been given just a 10 per cent chance of survival when she was diagnosed as a tot.

Happy Harmonie-Rose and her aunt Hannah Hall joined hosts Piers Morgan and Susanna Reid on the GMB sofa to tell them and all about her extraordinary efforts, delighting the TV audience. 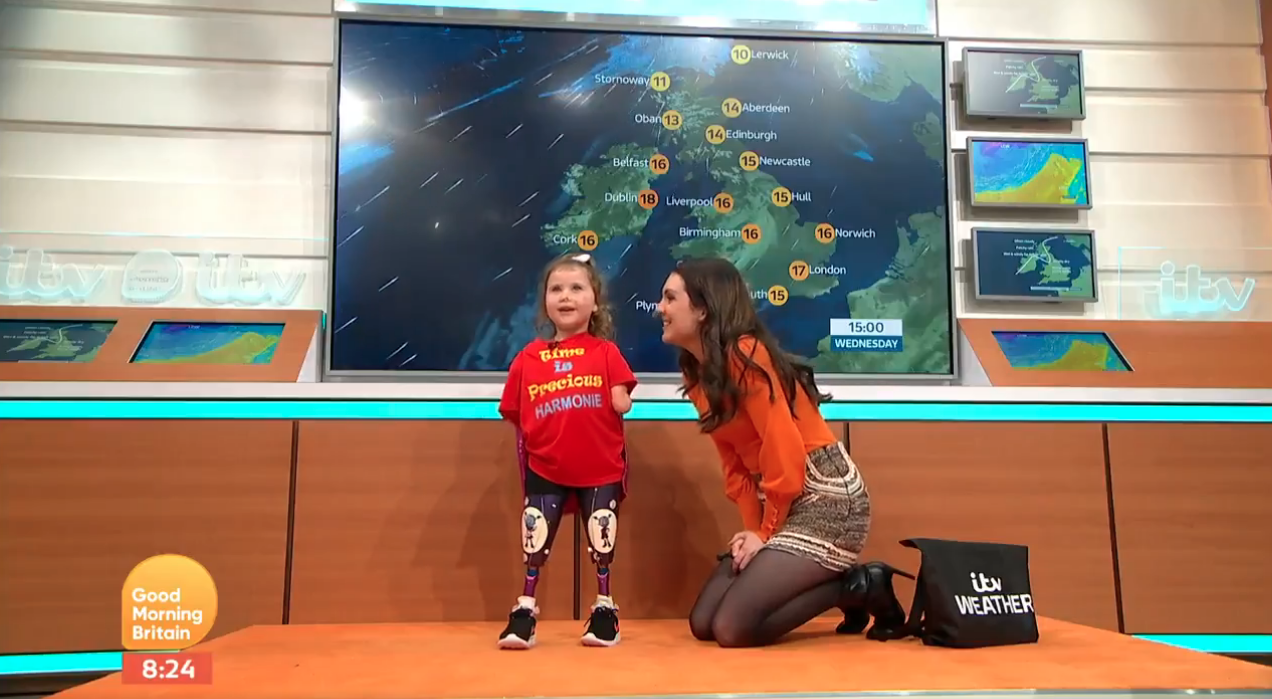 But after the determined youngster moved everyone watching by revealing she walked across the finishing line on Sunday on her prosthetic legs, Harmonie-Rose then charmed viewers by helping Laura Tobin deliver the weather forecast.

Smiling sweetly as Laura whispered the upcoming weather conditions to her line by line, Harmonie-Rose brought the house down after she snubbed the chance to cover for GMB's regular presenter if Laura takes some time off.

"Ok! Four o’clock alarm call it is!" Laura joked as Harmonie-Rose scoffed at the idea of filling in for her for the rest of the week to bellows of laughter from the TV crew in the studio. Confident Harmonie-Rose also happily chatted with Susanna and Piers as they enthused over the hopeful astronaut-to-be.

"Do you think you can do the weather better than Laura?" asked Piers.

"Yeah," replied Harmonie-Rose, laughing away as if the answer could ever be in doubt.

Her aunt reflected: "She's so determined and motivated. As a family we've always encouraged her to never be afraid of her disability or stop her from doing anything." 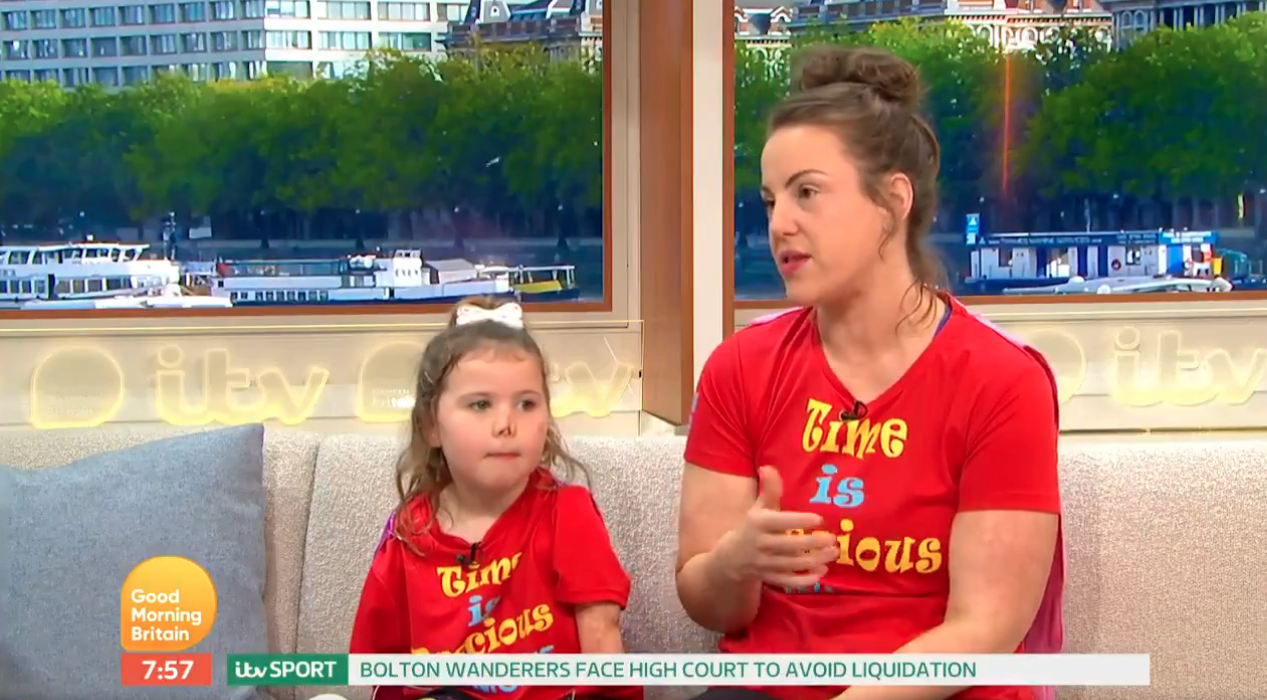 Five-year-old was accompanied by her aunt (Credit: Twitter @GMB)

Hannah continued: "We want everyone to know there is life after meningitis. We want her to have the confidence to carry on a normal life."

Viewers were absolutely blown away by Harmonie-Rose's bravery and resilience, with many hailing her as an inspiration.

"Giant steps are what you take walking on the moon. Very fitting for this inspirational little girl," commented one on Twitter.

"What a hero!" added another. 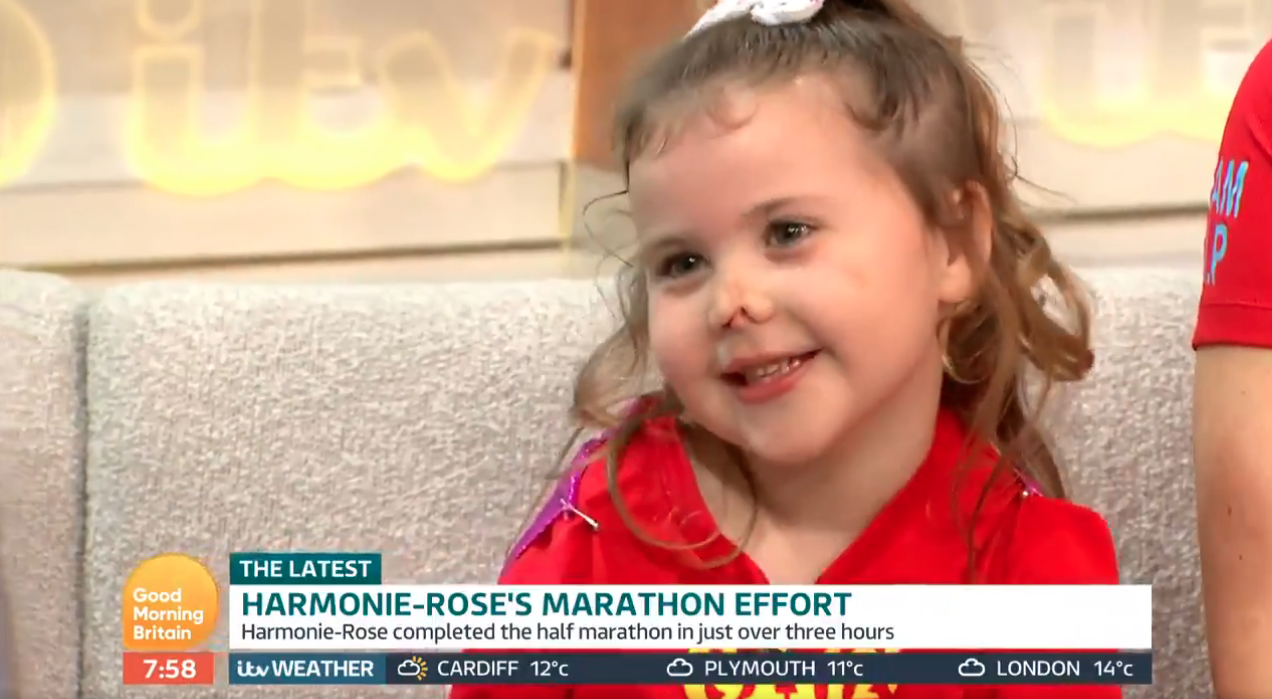 A third added: "What a breath of fresh air this beautiful little angel was this morning."

A fourth person said: "More of this heartwarming stuff please! We so need it!"

"A truly inspirational courageous little girl. She did the weather very well. Move aside Laura," joked one fan.

Another echoed that thought, tweeting: "What an absolute joy little Harmonie-Rose was, so humbling to watch and such an inspiration to us all, and I think Laura and Alex should be worried about their jobs."

"I think the the whole GMB audience fell in love with this little superstar this morning," concluded yet another viewer.

And another observer insisted Harmonie-Rose had stolen the show. 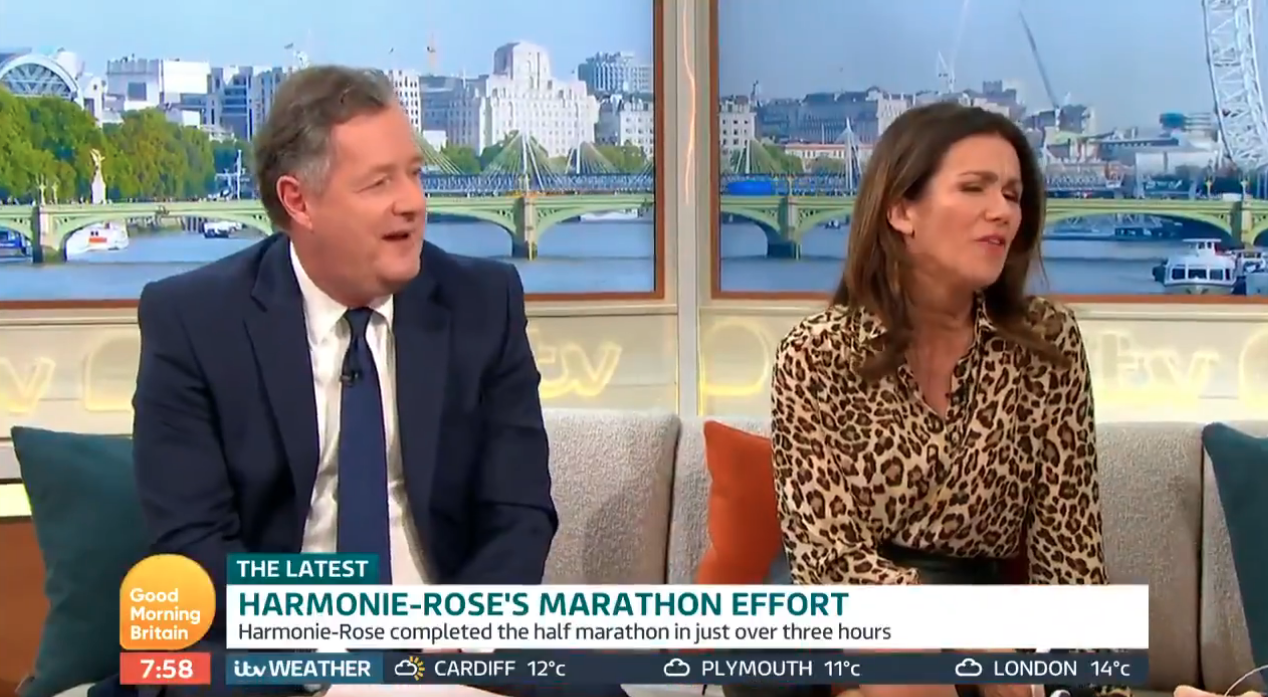 She told Piers and Susanna she wants to be an astronaut when she is older (Credit: Twitter @GMB)

"You're not the stars of the show today. Harmonie's the winner."

Piers replied, sharing the tweet with his 6.5 million followers: "Agreed!"

Five-year-old Harmonie-Rose Allen had her limbs amputated after she contracted meningitis. She had a 10% chance of survival.

She's just walked a half-marathon to raise money for charity (and might be able to present the weather better than @Lauratobin1!) pic.twitter.com/8h24LdtAcz