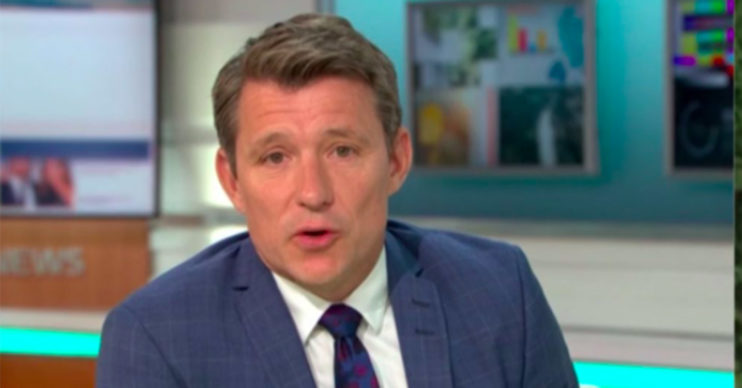 GMB viewers have expressed their concern for Ben Shephard after he struggled to hold back tears.

During the emotional interview, Kate admitted that doctors couldn’t guarantee that Derek will  recover.

The author and political lobbyist has been in hospital for over 10 weeks after being admitted with COVID-19.

Kate struggled not to cry herself, after warning viewers to expect tears.

She explained: “It’s affected him from the top of his head to the tip of his toes.

“Let’s look at some of the positives. He’s now COVID-free so he’s testing negative for the COVID virus.

“The fight with the virus has been won and he’s still here. But it’s wreaked extraordinary damage on his body and we don’t know if he can recover from that.”

Ben visibly struggled as he shared messages of well wishes to Kate and Derek from GMB viewers.

Choking back tears, Ben read out one message: “She’s amazing. Sending so much love and prayers to Derek. Where there’s life, there’s hope.

“No matter how bleak it might be, or how bad it is, Derek is still there.”

He then took a deep breath, seemingly to stop the tears from flowing.

He continued: “We will keep our fingers crossed and the prayers for Derek, and Darcey and Bill, and Kate.”

Viewers flocked to Twitter to express their concern and admiration for Ben during the tough interview.

'She has done more in today's interview than I've done in three months in explaining what this virus can do to people.'@DrHilaryJones praises Kate Garraway for speaking about her husband Derek's condition and says their story is a stark reminder of the severity of Covid-19. pic.twitter.com/OpUw4juxQB

A second user tweeted: “@GMB watching Kate this morning brought years to my eyes. Come on Derek you can do this! I then had tears again when Ben almost broke down.”

A third user shared: “Watching Ben Shephard getting emotional on #GMB discussing Kate Garraway is breaking my heart all over again. Emotional stuff this morning.”

A fourth user posted: “Just watched the clips of Kate’s interview and it had me in tears. And just as I’d stopped Ben set me off again when you could tell he was getting emotional. My heart goes out to her and her children.”

And a fifth user tweeted: “Praying for you and the family Kate. You have been so strong. Ben I can see how much it has affected you too and the love you have. We can see how much you care. But where there is faith there is hope.”