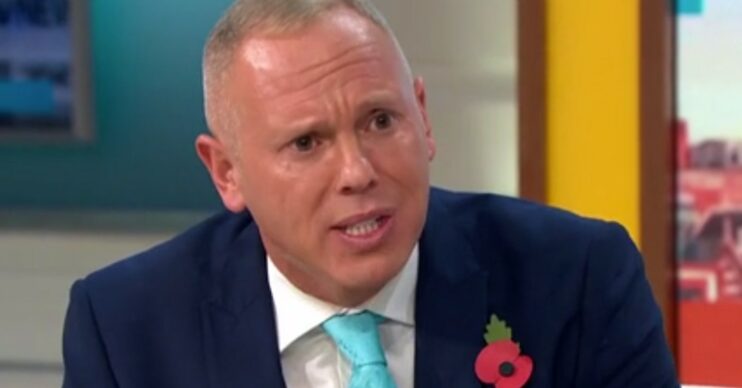 GMB viewers call for Judge Rinder to be permanent host

ITV viewers can't get enough of the star

Judge Rinder has been back on GMB for a day and viewers are already calling for his return.

The ITV star is the latest guest host to fill in for Richard Madeley.

Richard is taking some time off for the rest of the year and is rumoured to be heading into I’m A Celebrity.

When the show began, Rob told Susanna Reid that he felt “intimidated” about hosting the show.

However, Susanna was quick to point out that guests will feel the same being grilled by a barrister.

“They should be afraid,” he replied.

Despite his initial concerns, it turns out Judge Rinder had absolutely nothing to be worried about.

As the show went on, viewers rushed to social media to compliment the star on the job he was doing.

The judge wasn’t afraid to let his views be known, as he hit out at Prince Harry and Meghan Markle as well as grilling Sajid Javid.

In fact, some even begged ITV to hire him as a full-time replacement for Piers Morgan.

“Omg, this is the best. Can Judge Rinder come again? He would make a great permanent edition. I like his cross-examination already! Good luck Judge Rinder you’re doing great,” said one viewer.

“A huge breath of fresh air to Rob Rinder presenting! Can’t he be a regular in the ‘hot seat’?” said a second.

A third pleased viewer tweeted: “Rob Rinder needs to have a permanent slot on GMB he is so good!”

Piers infamously quit the show earlier this year over a row regarding his remarks about Meghan Markle.

Read more: ITV to air festive specials of This Morning, GMB and Lorraine on Christmas Day

Since then ITV has hired a series of guest hosts to fill the void until they settle on someone permanent.

Richard Madeley has reportedly come closest to the job and is believed to have signed a lucrative contract with the show.

However, after viewer reaction today (November 10), producers may want to change their minds…

What do you think of Judge Rinder on GMB today? Head to our Facebook page @EntertainmentDailyFix and let us know.