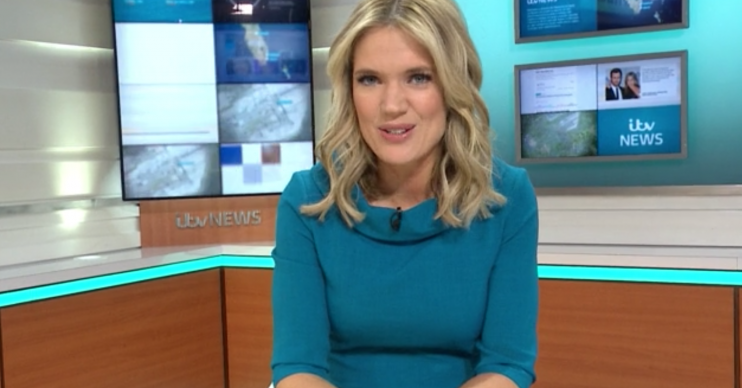 Fans shocked by her appearance

Fans of Good Morning Britain newsreader Charlotte Hawkins have been blown away after the daytime breakfast series shared a snap from the beginning of her television career.

The former Strictly Come Dancing contestant, 44, revealed on social media just before going on the air she is celebrating 20 years since she became as a news journalist for ITV.

And while GMB bosses also gave fans a look at how Charlotte’s co-stars Ben Shephard and Kate Garraway looked two decades ago, those watching at home could not get their heads round how little the appearance of the programme’s resident news anchor has changed.

Posting on Twitter and Instagram, Charlotte insisted she ‘looks a little different’ from when she started out as she gave her followers a glimpse of her first ID pass pic.

Marking my 20th anniversary of working in television today! On this day, exactly 20 years ago, I started as the news trainee at @itvmeridian. Now I’m here in the studio about to bring you all the latest news on @gmb from 6am on @ITV! Looking a little different 20 years on… 😂 pic.twitter.com/psMZ5MxzWl

She wrote: “Marking my 20th anniversary of working in television today! On this day, exactly 20 years ago, I started as the news trainee at @itvmeridian. Now I’m here in the @gmb studio bringing you all the latest news on @ITV from 6am.”

Charlotte later went on to retweet a pictorial tribute of her TV news appearances over the years.

You don’t look old enough to have been working 20 years!

But the first photo of her with a 1990s Victoria Beckham-style cropped do later drew comparisons to Dusty Springfield and Dido when it flashed up on TV screens.

Thanks @tvlive… what a look back over the years!! https://t.co/yUO3bObEaS

But many viewers seemed stunned Charlotte is old enough to have been in a job for twenty years.

“Genuinely thought you were only late 20s! Spat my coffee out!” claimed one Twitter user.

“You don’t look old enough to have been working 20 years!” echoed another person.

Someone else tweeted: “You look younger today than you did when you started.”

Many, many others tried their hand at flattery Charlotte by focusing ion how much they appreciated her appearance – and compared her to vintage wine.

Another charmer toasted her: “Congratulations @CharlotteHawkns you have definitely aged well. Here’s to another 20 years.”

And someone else wrote: “You haven’t aged a day.”

One final commenter may have put the changes over the years in perspective by writing: “20 years wow! What a landmark.

“I bet you never thought 20 years later that you’d be stuck in a studio on Monday and Tuesdays with Piers Morgan!”