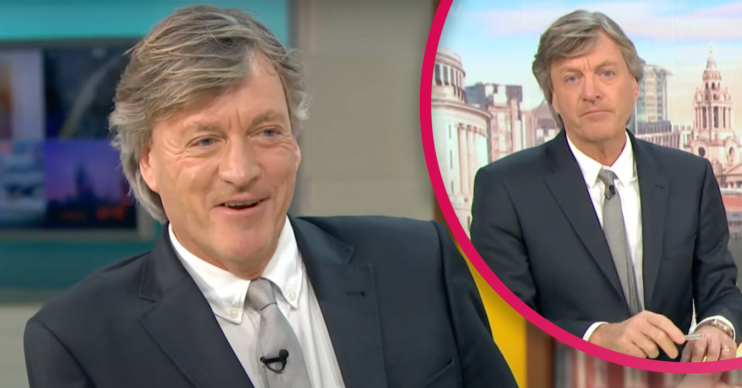 Poor Susanna was tarred with the same brush!

GMB fans on Twitter admitted they “switched off” today (March 16) over an annoying habit of host Richard Madeley‘s.

Not only that, but poor Susanna Reid was tarred with the same brush when one viewer declared they wouldn’t be tuning back in till Ben Shephard and Kate Garraway returned to the helm.

During the show, Richard was called out on Twitter by GMB fans who picked up on an annoying habit.

Taking to social media, they pointed out the host’s constant interrupting of guests, who they claimed were unable to “get a word in”.

As a result, some admitted they switched off.

What did GMB fans say about Richard on Twitter?

Well, if we were Judy Finnigan‘s other half, we’d steer clear of Twitter.

One said: “Richard Madeley adds zero value to #GMB. Why is he still on here?”

Another urged: “Please don’t watch #GMB when the insulting and unprofessional Richard Madeley is on.

“It’s the only way @GMB will get the message that the majority of people think he’s not fit for purpose!”

A third called out Richard’s interrupting.

They said: “Why does Richard Madeley interrupt every single guest #gmb are interviewing?

“I wish I was joking, every single guest he’s interviewed this week, he’s interrupted. It isn’t even cross examining, it’s just rude,” they claimed.

Another agreed and claimed Richard isn’t giving Susanna her chance to shine.

“Why does Richard not let Susanna have a WORD in when they’re interviewing people? He’s so rude!! #replacehim,” thy commented.

“He likes the sound of his own voice,” another viewer replied.

“Why do you bother getting politicians on – ask them a question and as soon as they start to answer the self-opinionated two just talk over them?” asked another.

They added: “OFF button employed until Ben and Kate are on!”

“When are you going to drop Richard Madeley?” asked another.

However, it wasn’t all bad for Richard, who was once the long-running host of This Morning with wife Judy.