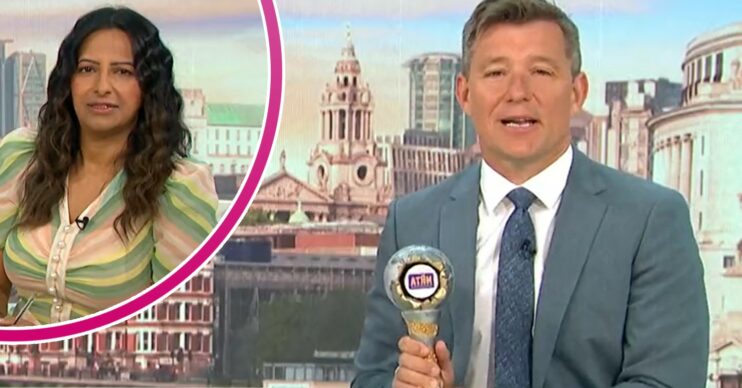 Susanna Reid scooped her own award, too!

GMB viewers all made the same complaint today as the show celebrated an award win.

Ben Shephard and Ranvir Singh announced on Friday (July 29) that the show had managed to bag not one, but two new awards.

“We won the @RealityTVAwards for Most Inspiring TV show and our very own @susannareid100 won the award for Celebrity Personality of the Year!” tweeted the show excitedly.

However, moaning viewers were quick to hit back at the show winning any kind of award.

As a result, numerous rushed to respond in the comments.

“Never think of watching this show these days! Awful!” said one frustrated fan.

A second tweeted: “When is Madeley back? He at least makes this guff half viewable!”

“Ummm okay, the shortlist was clearly short and most time this show leaves me angrier with poor presenting skills than feeling inspired .. who judged this?” questioned a fifth.

While a sixth hit back: “Never mind the war in Ukraine, cost of living crisis and a summer of strikes and disruption, no the leading story is all about the presenters again.”

Not everyone was quite so grumpy, however.

One viewer tweeted: “Some people complain just to fulfil the time in their day!”

While a second said: “So much anger in the comments. Well done guys!”

“Any award is an achievement lol,” added a third.