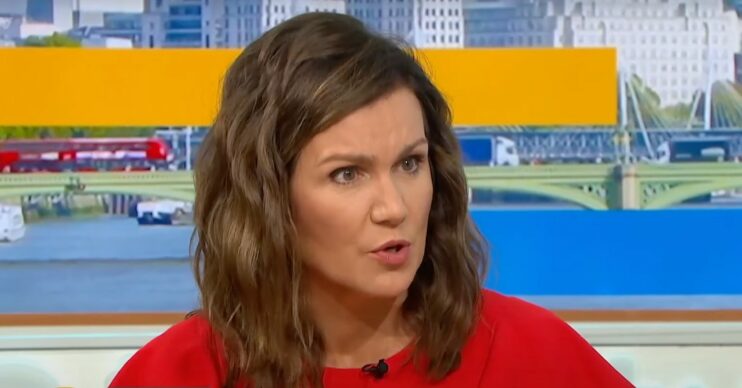 Susanna will be back after the summer holidays are over

On GMB today, Susanna Reid issued viewers with a heartfelt message as she announced some big news.

The 51-year-old revealed that she is going to be taking the summer off, leaving viewers in the “capable hands” of other Good Morning Britain presenters.

On today’s edition of GMB, Susanna issued viewers with a heartfelt message.

The host revealed that today is her last day on the show before she takes a temporary break over the summer.

Introducing today’s jam-packed edition of the show, Susanna also revealed it was going to be her “last day for the summer”.

Susanna then issued viewers and her colleagues with a heartfelt message. “Just wanted to say thank you to everybody,” she said.

“But I leave you in the capable hands of this wonderful team over the summer,” she added.

Upon learning that today was going to be Susanna’s final day for a while, some viewers took to Twitter.

It’s safe to say that they were divided by the news.

“Susanna, Phil [Schofield] and Holly [Willoughby] must work 200 days each and get paid a million each to do it. Not a bad gig,” another viewer remarked.

“Best news for a while,” a third simply said.

Susanna’s announcement comes just a day after a debate she hosted was slammed by viewers.

Yesterday (Tuesday, July 12) saw Susanna and Ed Balls host a debate over whether it’s too hot to work at the moment.

The hosts were joined by Marvyn Harrison and Hellen Ward to discuss the heatwave and how employers can help lessen the effect it’s having on workers.

However, viewers at home dismissed the topic, with many saying that hot weather shouldn’t be an issue.

“As a country can we not just deal with it? Be hot for a few days!” one viewer tweeted.

“Get a grip. That’s life, live with it!” another said.