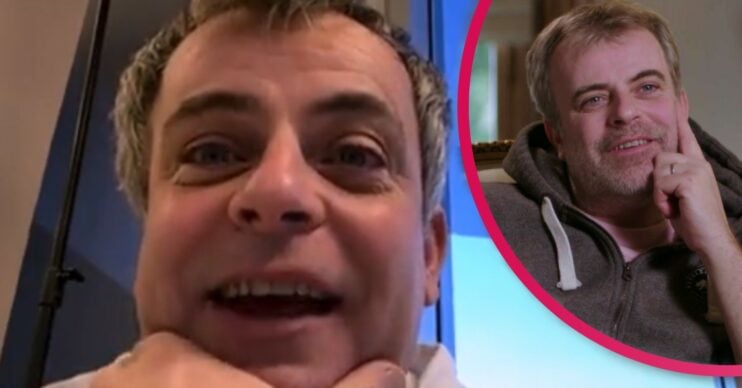 Simon spoke about his I'm A Celeb stint

GMB viewers were all saying the same thing about Simon Gregson‘s appearance on the show today (Tuesday 4 January).

Coronation Street actor Simon was on the show talking about life after I’m A Celebrity.

Host Susanna Reid asked Simon, who came second in 2021’s series, if he gorged himself at Christmas like Henry the 8th following his stint on the show.

Simon replied: “Yes. I was gorging like Henry the 8th, which is no unusual thing.”

He added: “I am very much a man who likes his food and wine. Very much like Henry the 8th, it’s strange you say that.”

Simon, who plays Steve McDonald in Coronation Street, went on to say that having a bath after leaving camp was one of his finest moments.

Good Morning Britain viewers took to Twitter to share their thoughts over how Simon looked on today’s show, with many pointing out he looked like he’d just woken up!

One viewer wrote: “Got to admire a guy so comfortable in his own body, he rolls out of bed does the interview then probably back to bed.”

Another added: “Simon’s just rolled out of bed?” followed by a laughing face emoji.

“@simongregson123 looking like he’s just climbed out of bed,” tweeted another fan.

And a fourth wrote: “Haha I like simon he’s down to earth.”

#gmb #simongregson got to admire a guy so comfortable in his own body, he rolls out of bed does the interview then probably back to bed🤣

Haha i like simon he’s down to earth😁😁 #gmb

When asked by host Richard Bacon why he took part in I’m A Celeb, Simon said: “The money’s good. Let’s not beat around the bush.”

Susanna then asked: “How much did you get?” to which Simon gave a cheeky smile and replied: “Enough to get me out of trouble.”

Simon lost out on first place to Emmerdale actor Danny Miller, with many fans claiming he was robbed of the Castle crown.

Last month he shared an emotional reunion with his sons to social media, with fans lining up to praise him.

In the video, Simon is seen walking through the front door of his house, grinning. His wife, Emma, who’s behind the camera, can then be heard saying: “Here he is!”

Two of Simon’s three sons, Alfie and Harry, then burst out of another room and raced towards their dad. Simon then scooped them up in a big hug.

The heartwarming video then ends with Simon still cuddling his sons.

What did you think of Simon’s GMB interview? Let us know on our Facebook page @EntertainmentDailyFix.