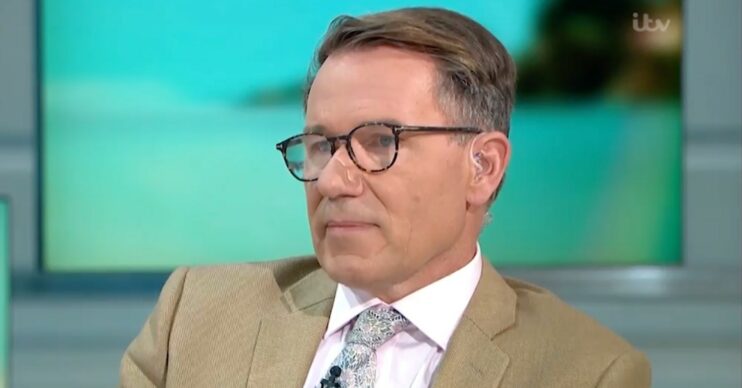 Richard had had enough of being interrupted

Richard wasn’t happy with Ed Balls during the show today – and for good reason!

There was a very awkward moment between Richard and his co-star, Ed, on today’s edition of Good Morning Britain.

The clash came during a discussion about Love Island.

Ranvir Singh and Ed intiailly appeared to ignore Richard as they spoke about the drama that happened following Movie Night on the hit ITV2 dating show.

They also spoke about how reality shows hold up a mirror to society and promote “worrying trends”.

All the while, Richard was sitting at the other end of the desk, being ignored.

Eventually, Ranvir turned to Richard and asked: “What is going on on Love Island, from your point of view, what is being exposed?”

Ed wanted to join in on the discussion though and interrupted Richard. “Movie Night was not a good night for the boys was it?” he asked.

“Well you’ve practically done all the item, Edward,” Richard snapped. Looking shocked, Ed said: “It wasn’t me, I want to see the clips.”

“Enough about the tension here on the Good Morning Britain desk,” Richard continued. “Can we crack on with it? I’ll speak if you let me. Thanks.”

Some viewers of the show were shocked at the awkward moment between Richard and his co-stars on today’s show.

“Ranvir looking a little sour after Richard said – I’ll tell you , if you let me,” another laughed.

“That’s her told,” a third said of Ranvir.

“What’s the passive aggression about this morning,” another tweeted.