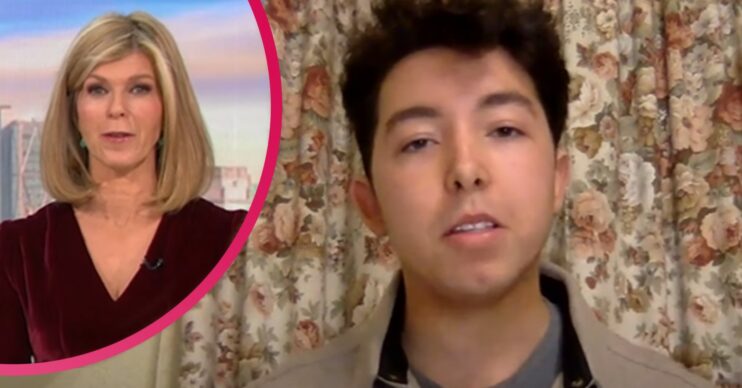 GMB viewers were left shocked by a guest’s remarks about the elderly on the show today (December 10).

He shared his opinions alongside journalist Nina Myskow, 75.

Nina claimed that older people have earned the right to retire, whereas Ryan-Mark suggested that the elderly are simply “lazy”.

“People have earned the right to put their feet up, do whatever they want,” Nina told Good Morning Britain viewers.

“There are lots of opportunities out there for the elderly to get up and switch off Coronation Street catch-up on ITV Hub and get out and work!” he said.

As a result, a dismayed Nina hit back saying that the elderly aren’t just sitting around doing nothing all day.

This kid hasn’t got a clue! Fresh out of uni, never done a hard days graft in his life! I’m 36 and already looking forward to retirement!

She said: “The idea that people are lying on the sofa watching telly is outrageous and delivery HGV drivers, farmworkers, picking… let’s see where there are gaps in the economy!

“The basic principle is that people who have paid in all these years have earned the right. If they want to lie on the sofa watching Coronation Street – I wouldn’t advise it because you need to keep yourself healthy and move around – having paid all this money you should be able to reap the benefits.

Meanwhile, Ryan-Mark then doubled down on his point, saying: “Nina, you’re making excuses for the elderly being lazy.”

As a result, viewers rushed to social media to share their anger over Ryan-Mark’s remarks.

“Absolutely disrespectful to the elderly by saying go back to work to help the economy,” ranted a second viewer.

A third angrily tweeted: “What an obnoxious disrespectful young man! I worked for 50 years, 35 years as a night nurse, on my feet for 12 hours per night! Done my bit! Paid my dues! My turn for a rest now!!”

Meanwhile, a fourth added: “This kid hasn’t got a clue! Fresh out of uni, never done a hard day’s graft in his life! I’m 36 and already looking forward to retirement.”

Another tweeted: “Wow how disrespectful to the older generation.”

Following backlash, Ryan-Mark replied to one critic: “I love the elderly and want them to feel younger. Getting a job is one of the best ways to do that. (Helping the economy along the way too!).”