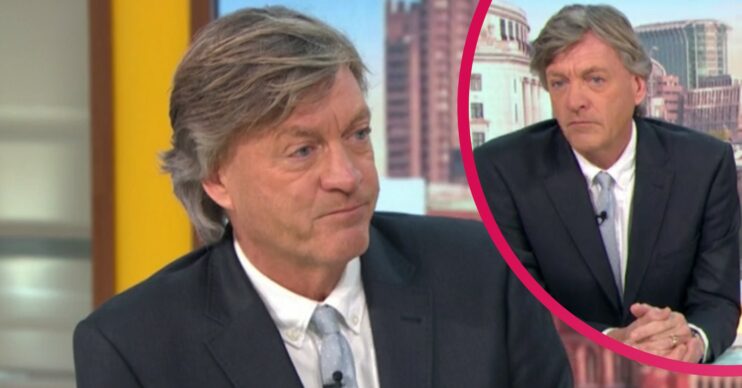 GMB viewers all had the same complaint about Richard Madeley as he hosted the programme today (March 15).

Just weeks after being hit with Ofcom complaints, it appears that the presenter is still annoying some viewers at home.

They were quick to comment on a habit of Richard’s as he hosted the ITV programme alongside Susanna Reid on Tuesday.

According to some viewers, Richard has a habit of “interrupting” guests on the show.

Taking to Twitter, one said: “@GMB why are you letting Richard Madeley constantly interrupt everyone he interviews? It’s rude, embarrassing and really annoying! It’s painful and I’m not sure I can carry on watching when he is on! #ShutupMadley.”

Another added: “#@GMB why does Richard Madeley constantly talk over people. You’re talking to a guy in Medyka and you acknowledge a lag in sound but you STILL talk over him.”

Get rid of Richard Madeley!

A third pleaded: “@GMB Please ask Richard Madeley to not try to interrupt those he is interviewing, so rude.”

A fourth shared: “#GMB Get rid of Richard Madeley! He is so annoying interrupting the man from Perthshire. We want to hear from him and his great effort, not some out of date TV presenter. Susanna Reid must get really frustrated having him next to her.”

Meanwhile, others accused Richard of speaking over co-host Susanna.

One shared: “@GMB Why is Richard Madeley taking over the show, let Susanna speak ffs.”

A second posed: “@richardm56 for goodness sake let @susannareid100 speak. It’s interview after interview. There are two of you presenting the show.”

Richard hits back at show complaints

Thankfully, Richard recently revealed he “couldn’t give a stuff” about GMB viewers who complain about him.

It came after he was accused him of “playing down” death threats, prompting over 800 people to complain to Ofcom.

Speaking about the backlash, he told the Express: “I really, genuinely, couldn’t give a stuff because I know that it doesn’t matter.

@richardm56 for goodness sake let @susannareid100 speak. It’s Interview after interview. There are two of you presenting the show.

@GMB pls ask Richard Madeley to not try to interrupt those he is interviewing, so rude

@GMB why is Richard Madeley taking over the show, let Susanna speak ffs.

“I’m still here and I’m still being asked to work and nobody spits on me in the street, there is no impact in the real world.”

Furthermore, Richard said: “It doesn’t have any affect at all. I’ve never had a contract withdrawn or altered. It doesn’t cross over into real life.”

ED! has approached GMB for comment on this story.