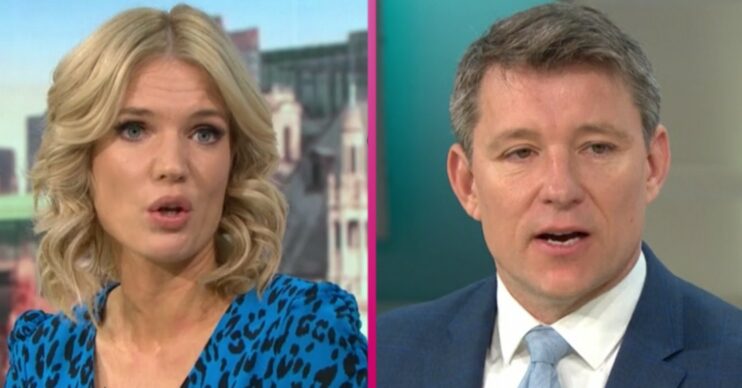 GMB viewers today tweeted their approval for the presenting combination of Charlotte Hawkins and Ben Shephard.

Indeed, some fans watching at home backed the pair to front the ITV series every day it is on air.

The popular duo were brought together after regular Friday co-host Kate Garraway did not appear on today’s (March 25) episode.

Kate usually presents GMB alongside Ben on Fridays. However, she did not appear on screen earlier today.

A spokesperson for ITV confirmed that Kate wasn’t due to host the show today.

But even though Kate wasn’t on duty this morning, fans were still pleased to see Charlotte in the chair next to Ben.

Some happy viewers made it clear on social media they regard Charlotte and Ben as their GMB dream team.

“This is the best team there’s been forever,” one Twitter user gushed.

“Keep this team together and get rid of the rest!”

Ben and Charlotte should be the main presenters all week.

Another fan also agreed they wanted to see more of the presenting combo.

They tweeted: “Ben and Charlotte should be the main presenters all week.”

A third person enthused: “Have to say Ben and Charlotte are the perfect combination for Friday’s Good Morning Britain!”

And a fourth added: “Liking the Ben/Charlotte and Jonathan Swain doing the news combo today. So much more professional and peaceful – no shouting over guests! #GMB.”

Someone else gave them the thumbs up by posting: “Charlotte should present more often alongside Ben.”

And another person agreed: “Lovely to see Charlotte in the hot seat. More often @GMB.”