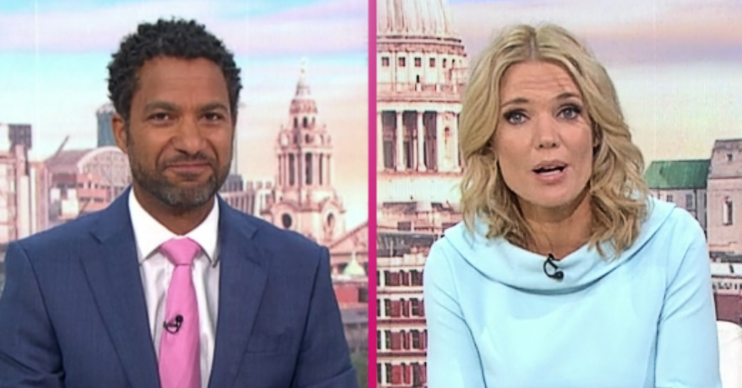 The presenter, 46, had to quickly correct herself and apologise before she freaked out viewers who might have thought they were late for work!

Whether it was the early start or something else, Charlotte then made a bit of a boo-boo when announcing the time.

Appearing at 7am, she proceeded to tell viewers the wrong hour of the day.

However, noticing her gaffe she quickly corrected herself and apologised to viewers.

Sean chuckled and responded: “I was going to say, but…”

“I was wishing the time away there, wasn’t I?” Charlotte said.

Sean then charitably said he’d let his co-host get away with that one.

“I could hear everyone in my ear saying ‘Oh, she’s not done something quite right there’,” she laughed.

“I apologise. Don’t worry, you’re not really late for whatever you think you might have missed this morning.”

The presenter has had a few tough weeks

If Good Morning Britain today wasn’t enough fun and games, Charlotte has had an eventful last few weeks standing in for the likes of Susanna Reid and Ben Shephard.

She was criticised for her interview with Game Of Thrones star Iwan Rheon after viewers thought her chat was poorly researched.

And viewers also took to social media to accuse her co-host Ranvir Singh of speaking over her and interrupting all the time.