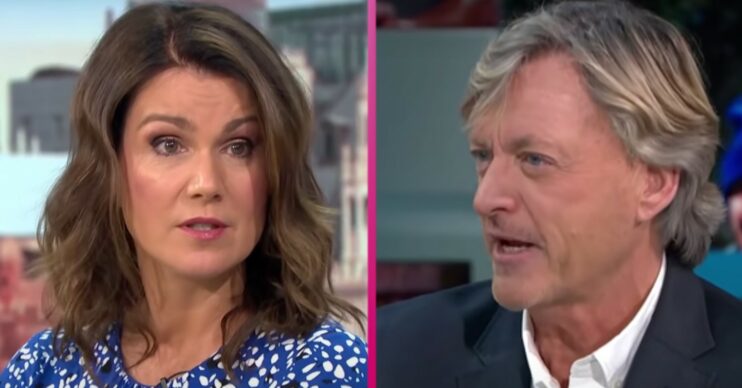 GMB star Susanna Reid has announced a format shake up that will involve her presenting from the Polish-Ukrainian border tomorrow (April 25).

She will be joined by Amelia Anisovych, seven, whose rendition of Let It Go in a Kyiv bomb shelter went viral several weeks ago.

Furthermore, due to the switch up, Good Morning Britain bosses also confirmed Richard Madeley will be co-hosting from the studio in London by himself.

She also tweeted about what she will be covering while near the Ukraine border as the conflict with Russia rages on.

Susanna wrote: “TOMORROW: I am @gmb in Poland with a special interview with Amelia & her mum Lilia.

“The 7-year-old who sang Let it Go in the Kyiv bomb shelter has became a symbol of her nation.

“And I’ll be reporting from the Polish-Ukrainian border live from 6am Monday #GMB.”

Among many wishing Susanna safe travels, there were other less appreciative responses.

These included claims she is on a “jolly”.

Others moaned about Susanna not returning to the studio after Easter.

“Please please stay safe as much as you can,” said one fan.

“Just want to say @susannareid100 be very very careful out there,” said another.

“Be careful out there,” said a third.

Nonetheless, others said they were looking forward to hearing more from Amelia.

“Will be watching this,” wrote one person.

“My five-year-old granddaughter Mia loves watching the video of Amelia singing and wants to know how she escaped from Ukraine.”

I could never forget that beautiful little girl singing that song.

Someone else recalled: “I could never forget that beautiful little girl singing that song.

“She was a ray of sunshine in that darkened bomb shelter. She really lifted everyone’s spirits.

“I look forward to seeing you tomorrow in Poland. And the interview with Amelia and her mum.”

And a third person added: ‘Sing ever louder Amelia, silence the warmongers.”