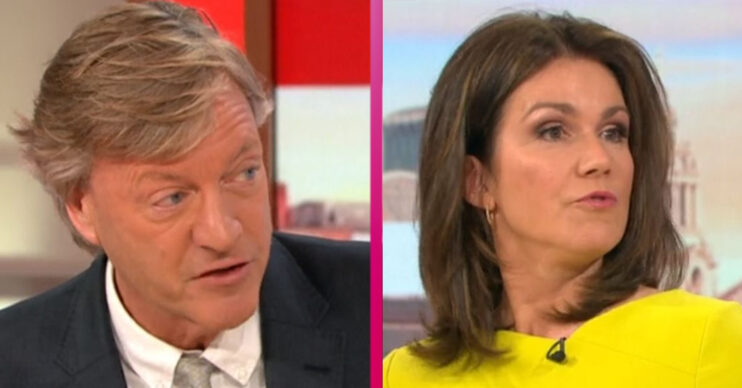 On Sunday night, England lost against Italy in the final of the tournament leaving the nation heartbroken.

However, players Marcus Rashford, 23, Bukayo Saka, 19, and Jadon Sancho, 21, have been subjected to vile racism following the defeat.

All three players missed penalties and were targeted on social media.

What did Boris Johnson say?

Prime Minister Boris Johnson said on Twitter that those responsible for the racist abuse should be “ashamed”.

His tweet read: “This England team deserve to be lauded as heroes, not racially abused on social media.

Sharing her thoughts on the message, Susanna said: “I was going to say, he sounds like a slightly disappointed parent.

“I mean for goodness sake, it’s got to be a bit more than ‘You should be ashamed of yourself.'”

Richard also said: “I wish he’d call for prosecutions, it’s not enough just to condemn it.

“It’s criminal behaviour. These are heroes.”

Meanwhile, earlier in the programme, Richard called for those responsible for the racist abuse to be “locked up”.

He said: “I do think personally, we’ve had enough of this racism. It’s not enough to too call it disgusting.

“We have to track these people down and it’s possible through IP addresses.

“We need to spend some money and some time and some officers to get these guys and to, bring them to court and to lock them away because it is not representative of this country.”

He added: “It is a disgusting distortion of what this country now is today. Didn’t use to be, but now we are a properly diverse, wonderful country to live in.

“These people who are sending these messages are breaking the law…

“…they’re breaking a profound moral code and they need to be dragged by the scruff of the neck into the dock.”