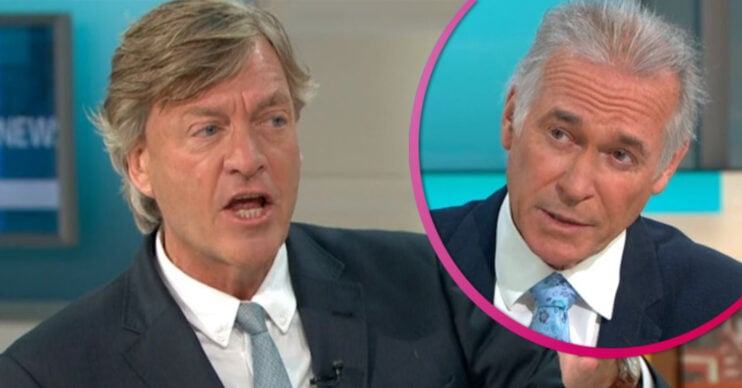 The pair discussed the final stage of lockdown lifting

On Monday’s programme, the pair along with Susanna Reid discussed whether the easing of the final Covid restrictions should be delayed past June 21.

It comes after some experts insisted it’s too early due to the rise of the Indian variant.

What did Richard Madeley and Dr Hilary say on GMB?

Dr Hilary said: “Let me ask you a simple question, why would we get out of lockdown when things are getting worse? Does that make any sense to anybody?”

Richard cut in: “But are they getting worse? In the sense that more people aren’t going to hospital?”

Dr Hilary said: “Yes they are.”

Richard insisted that despite there being more cases in the UK, they might not be leading to more hospitalisations.

“ICU units are pretty busy again and some experts are saying that we are already in a third wave.

“So my question is why would we ease restrictions now when things are getting worse when we’ve got a new variant which is causing huge problems in India but big problems here as well.”

He added: “Until we get this under control, then we are going to have problems going forward.”

When asked what ‘under control’ means, Dr Hilary said: “It means living with this. It means vaccinating the entire population and having booster doses.

“It means continuing with social distancing for the time being with mask wearing and sanitising and being cautious.”

What did Richard say?

Richard responded: “But Hilary, it’s going to be months and months until the entire country is vaccinated. So we stay like this until the autumn?”

Dr Hilary said, “I know it’s a nuisance for people,” to which Richard exclaimed, “It’s more than a nuisance!”

Richard added: “So if you were prime minister you would be saying at some point in the next 48 hours, ‘Sorry everybody, but you’re stuck with this for the foreseeable.

“‘We’re going to be living with this through the summer, into the autumn and possibly as long as Christmas until every last person, who is willing to be jabbed.’ I mean, that’s a big ask.”

.@DrHilaryJones, @susannareid100 and @richardm56 debate whether the easing of the final Covid restrictions should be delayed.

As Dr Hilary says we need to cautious, they discuss how long the restrictions can remain.

Dr Hilary said: “It is a big ask – it’s a pandemic. It’s the biggest health threat for a hundred years. So we have to take it seriously.”

Richard hit back: “But not now! Because the vaccine has broken the link between infections and the hospital.”

What did GMB viewers say about Richard Madeley?

Viewers were quick to praise Richard for ‘calling out’ Dr Hilary.

One person said: “Love Richard, he is asking the right questions. I’m glad he’s challenging Dr Hilary because I’m fed up of his constant negativity.”

Another added: “Well done Richard for calling him out; about time somebody did.”

Another added: “Well done Richard. We need to keep calling out this absolute nonsense whenever we hear it!”

What did others say?

However, others were in support of Dr Hilary as one tweeted: “I think Dr Hilary Jones is spot on here. I’m afraid to say we are going to have to be cautious going forward.”

Who did you agree with? Let us know on our Facebook page @EntertainmentDailyFix.