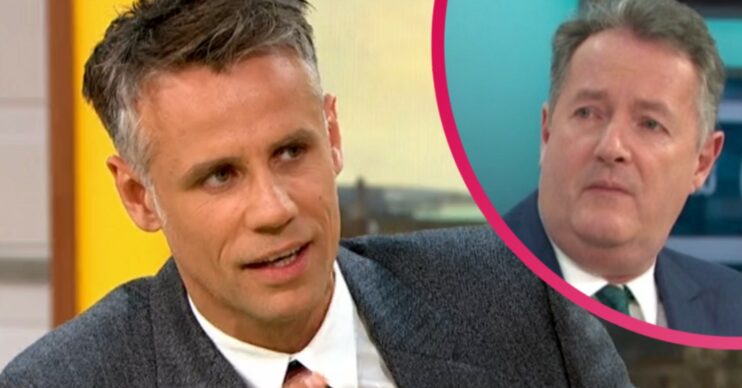 The Big Breakfast star is no stranger to morning television

Richard Bacon is joining GMB and the announcement has divided fans at home.

Viewers were stunned earlier this year when Piers Morgan stormed off the Good Morning Britain set and later quit.

The explosive moment was due to Piers’ comments against Meghan Markle, which fellow presenter Alex Beresford argued against.

Since he left, ITV has been scrambling to fill his position and they’ve hired the likes of Richard Madeley and Alastair Campbell to stand-in.

Now, the broadcaster has revealed it has asked TV star Richard Bacon to join the show for a stint starting next week.

Richard previously stood in for Piers on the ITV show for a brief stint two years ago. At the time, he won praise from viewers.

He’s also no stranger to early morning TV, having famously hosted Channel 4 series The Big Breakfast in the late 90s.

Opening up about joining the show, Richard said: “Not only am I coming home to London to guest present Good Morning Britain this month, but being back on British breakfast broadcasting feels like coming home also.”

The decision to hire Richard has left Good Morning Britain fans divided, with many rushing to Twitter to share their feelings.

A second tagged Piers Morgan and wrote: “I don’t mind him but he ain’t you though is he?”

Meanwhile, a third added: “Ohhhh noooo please not him!”

However, not everyone appears to be unhappy with ITV’s choice to enlist the former Big Breakfast star.

“Good choice – looking forward to this!” said one pleased viewer.

“Good to see Kate [Garraway] doing 4 days this week and look forward to seeing her work with Richard Bacon again!” added another.

Richard will host alongside Charlotte Hawkins next Wednesday, Kate Garraway on Thursday and Friday, and finally Ranvir Singh on Monday, August 23.

What do you think of ITV hiring Richard for GMB? Leave us a comment on our Facebook page @EntertainmentDailyFix and let us know.