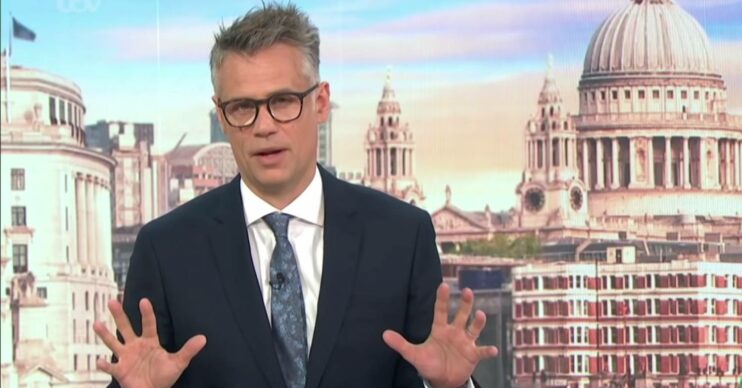 Viewers were divided over Richard's opinion

Good Morning Britain host Richard Bacon has sparked debate over a comment he made about refugees on the show.

Richard and his co-host Kate Garraway were discussing the conflict in Afghanistan and the question of how many refugees the UK should take in.

Speaking to two experts, Richard questioned whether there should be a limit on refugees and suggested the UK had space to potentially accept “millions”.

Should there be no limit on Afghan refugee numbers?

Steven Woolfe from the Centre of Migration and Economic Prosperity believes there must be a limit.

He says if we are to take the numbers that are suggested, then we should be prepared to build the houses & extend the schools. pic.twitter.com/eRKwDHx5S7

However, viewers were split over Richard’s comment, with some suggesting he was being unrealistic.

“Richard Bacon on GMB suggesting that we can “fit in” 4.5m refugees, really? An ill-informed emotional response from an idiot,” wrote one critic on Twitter.

Other commenters suggested that while it was important to help refugees, there were also people already in the UK in need of support.

“We absolutely need to do everything we can to help displaced Afghans,” suggested one person.

“But Richard Bacon suggesting we should house 4.5m refugees is ludicrous. We can’t even look after our elderly, ex-servicemen or tax payers properly.”

One commented: “Why not? How many are lorry drivers, doctors, nurses, cleaners, fruit pickers etc…”

In addition, another said: “We’ve plenty of room and need the workers. It’s win win.”

After that, a third defended Richard, saying: “Not ill-informed and thank god someone is emotional!!!”

Richard presented today’s show with Kate Garraway, but will be joined tomorrow by Susanna Reid instead.

Susanne is returning to GMB earlier than expected to cover for Kate, who is currently supporting her husband as he recovers from COVID-19.