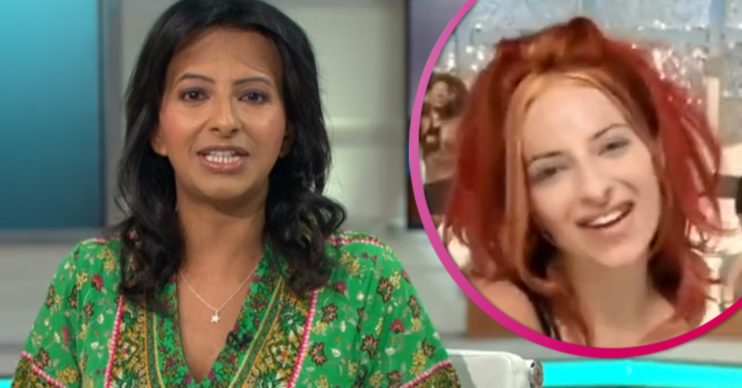 'What have you done to my skin colour?'

The 43-year-old presenter appeared baffled as Richard Arnold previewed the clip on the programme today (March 24).

In the video, Ranvir’s face was superimposed over all five members in a segment from their Say You’ll Be There video.

GMB: What did Ranvir Singh say?

He then previewed one with himself, before playing out a version with Ranvir.

However, the host appeared shocked after noticing her lighter skin tone.

What have you done to my skin colour?

In addition, Ranvir said: “That’s not me! What have you done to my skin colour?

“I’m not white, I don’t know if anyone’s noticed?”

Richard seemed just as shocked as he likened the clip to an old Foxy Bingo advertisement.

Furthermore, Ranvir commented: “No, a bit creepy. You know what I find lovely? The real legs of Ben and Susanna have entered the studio. There’s nothing fake about them.”

Meanwhile, it comes shortly after the star criticised Prince Harry and Meghan Markle following their interview with Oprah Winfrey.

At the time, the presenter was discussing the conversations between Meghan’s close friend and US TV presenter Gayle King.

Commenting on the news, Ranvir said: “What is the gain from telling a very prominent TV presenter?

“Who you know is going to go on TV and talk about it?

“What is the gain for Meghan and Harry for allowing that information out. What is it? It seems a little bit mean spirited.”

Meanwhile, she later went on to say that Harry and Meghan “had [their] moment” while speaking to Oprah.

Furthermore, Ranvir added: “You just think, what is the point of it at this point, releasing little tidbits? Are we expecting to hear every conversation that happens?”