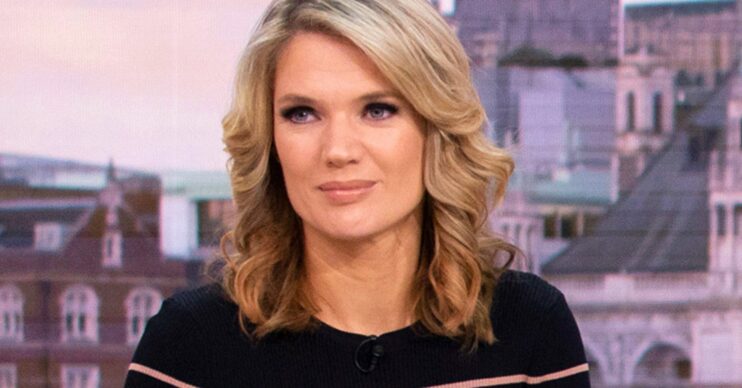 GMB presenters: How old is Charlotte Hawkins and who is her husband?

The ITV star has enjoyed quite the career so far

Charlotte Hawkins is best known to many as one of the presenters of GMB.

The much-loved presenter has been a part of the show since the very beginning.

But what else has she done in her career – and what about her personal life? Read on to learn all about Charlotte…

Who is Charlotte Hawkins?

Charlotte Hawkins, 46, was born in Chichester.

She grew up studying English Literature and broadcast journalism at university.

In her spare time to earn cash she worked at Goodwood racecourse.

Her career began when she bagged herself a role as a newsreader for ITN in 1999. Around the same time, she snagged a job working as a reporter for LBC radio.

Charlotte’s TV career began in 2003 when she worked on Meridian Tonight in 2003. She eventually then went on to host the Sky series Sunrise with This Morning star Eamonn Holmes in 2006.

During this time she would occasionally pop into This Morning as a reviewer.

In 2014, she scored herself a starring role on Good Morning Britain.

She was paired with Brendan Cole for what would become his final season.

However, Charlotte’s dancing wasn’t particularly liked by some of the judges. As a result, it sparked several rows on-air between them and Brendan.

At the time, Charlotte said: “I hope it was nothing to do with me. It’s a BBC decision. I think it’s really sad. He’s been there from the start and done 15 series.

“He is the one that spoke his mind. He did have my back when the judges were being harsh during criticisms.”

In 2018, she took part in the BBC vs ITV Sport Relief rowing show.

Charlotte Hawkins on GMB: Is she married?

The ITV presenter is married to Mark Herbert.

The pair tied the knot in 2008 at Chichester Cathedral.

In 2015, Charlotte and Mark welcomed their daughter, Ella Rose.

As a result, Charlotte took January to June off from GMB that year to take care of her newborn.