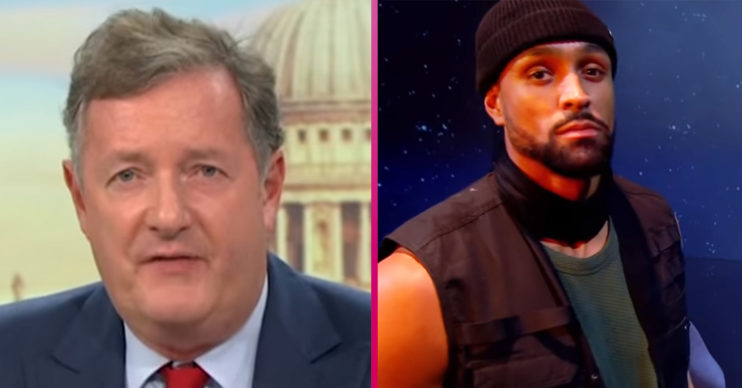 BGT has been hit by over 20,000 Ofcom complaints

GMB host Piers Morgan has hit out at complaints made against Diversity’s BLM inspired performance on Britain’s Got Talent.

The dance troupe gave a moving performance about Black Lives Matter and 2020 as a whole on the ITV talent show.

The performance to date has sparked over 21,000 complaints to Ofcom.

But Piers is having none of this – and disagrees with the criticism.

Piers Morgan says the complainers are the real problem

Taking to GMB, he said people that don’t agree with him or Diversity can simply switch off the telly.

“By the way, if you don’t like me saying this, then don’t watch us either.

“Don’t watch Good Morning Britain. Because I agree with Ashley Banjo and Diversity. And if you can’t handle it Britain, wake up.”

Diversity members and brothers Ashley and Jordan Banjo have both shared their disappointment at the backlash.

Ashley even says he’s received a barrage of abuse on social media.

Piers asks people why are they complaining

Piers said he has no idea why anyone would complain about such a timely and powerful performance.

He said: “What are you complaining about? George Floyd, a black man in America who died when a white policemen put a knee on his neck for nearly nine minutes. Two-and-a-half of which he was unconscious.

“A moment that horrified the world.

“Diversity, who won on one of the years I was judging the show, are a brilliant dance troupe. They are artists.”

The host even read out enraged tweets and Facebook messages from disgruntled fans.

Despairingly, Piers continued: “We’re getting a load of extraordinary reaction. Joy on Facebook: ‘I will not watch BGT again ever.’

“Why not Joy? You can’t deal with them doing performance art as a black dance troupe?

“Maria on Twitter: ‘The public don’t have to enjoy this just because ITV put it as entertainment.’