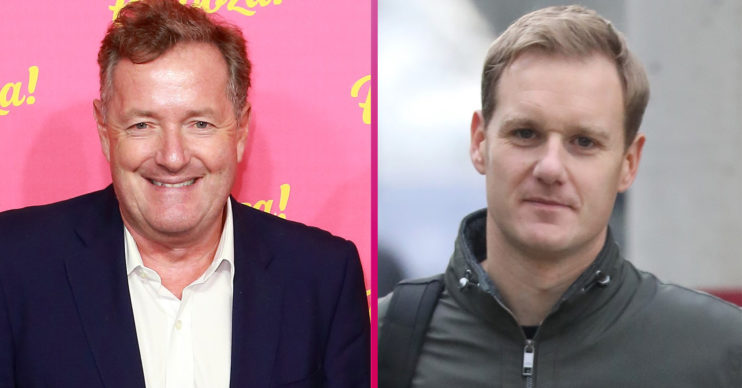 Piers Morgan has taken yet another dig at BBC Breakfast rival Dan Walker on GMB over his show’s surging viewers ratings.

What did Piers say about Dan?

Piers, who proclaimed last week that GMB had enjoyed record ratings after his return from a summer break, didn’t waste any time responding to an image Dan, 43, tweeted out to followers.

The image saw Dan looking in a mirror, and Piers was quick to speculate why he was looking so serious.

“We had the biggest ratings in the history of GMB on Tuesday. The BBC crashed to its lowest ratings of the year on the same day,” he crowed.

We beat them at moments of the programme.

“We beat them at moments of the programme,” Susanna Reid added.

Piers once again took up the baton: “If you want to see what effect this has had, this is what Dan Walker – who apparently is still presenting it – this is his selfie this morning.

Morning 👋🏻
Grab a brew and join us on #BBCBreakfast pic.twitter.com/fEZwkpVHNf

“If the ratings desecrated and the opposition had their record ratings, that is what you would tweet,” Piers continued.

Susanna chipped in: “He looks concerned.”

What did Piers say about ratings?

When Piers returned to the show last week, he quickly took to Twitter to tell his 7.6million followers that GMB had broken ratings records.

And, of course, he took a dig at his BBC rivals.

“BREAKING: Our first day back on @GMB yesterday was the highest-rated show in the programme’s history!” he tweeted.