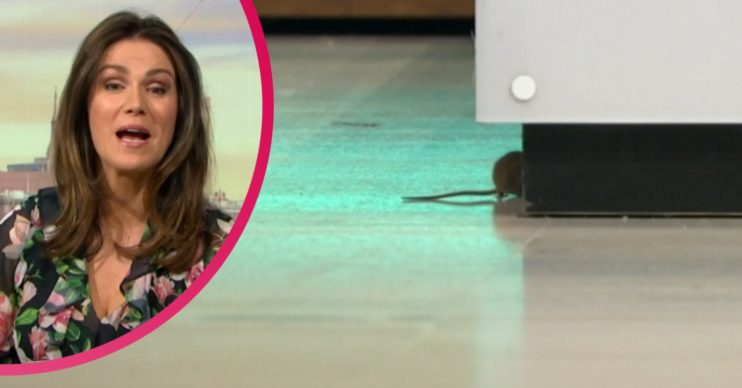 GMB: Piers Morgan sparks chaos after spotting a mouse in the studio

Susanna Reid looked terrified as the critter raced around the studio

Piers Morgan caused chaos on Wednesday’s GMB after he spotted a mouse running around the studio.

Chaos ensued after the little critter was spotted, and Piers was having absolutely none of it as he expressed his frustration with his co-stars panic.

“Breaking news there’s a mouse un the studio,” he announced.

“There’s a lot of commotion behind the cameras,” replied Susanna Reid.

“Can we move on until we get a confirmed sighting?” ranted Piers. “Why are you scared of a mouse? It’s like a crocodile has arrived on set!”

@piersmorgan call the mouse Boris,it has been on your show more times then he has! #gmb #mousse

@GMB @piersmorgan @susannareid100 even the gmb mouse as more life in it than @BBCBreakfast #gmb #giveitacracker pic.twitter.com/TJmwVtsGK2

What happened with Mike Tyson on GMB?

It may only be Wednesday, but its already been a weird week for GMB.

Before mouse-gate came Mike Tyson’s bizarre appearance on the show.

One said: “@piersmorgan are you just going to gloss over that disaster of an interview with mike Tyson and pretend it just didn’t happen……? #gmb”.

“Is Mike Tyson like… okay? #gmb,” said a second viewer.