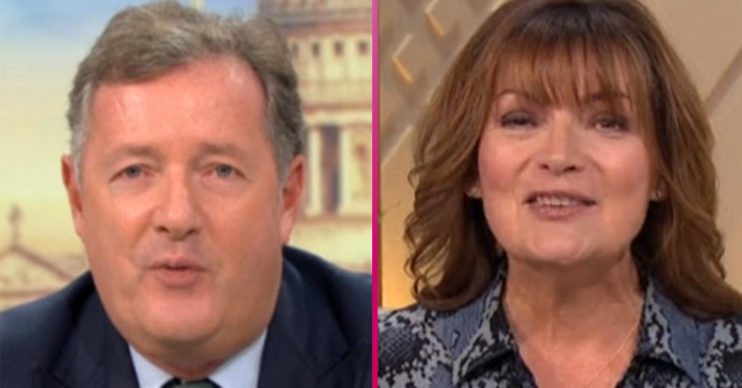 Piers has had a morning of it!

The embattled presenter, 55, has had quite the morning of it – both Dr Hilary and Susanna Reid ‘fat-shamed‘ him earlier in the programme.

'I need to be shamed into getting the weight off'

After @KP24 commented on his weight, @piersmorgan says he doesn't mind being called out on it. However, @susannareid100 disagrees.

Are you Team Piers or Team Susanna on this subject?

What did they say about Piers Morgan and his weight on GMB?

Responding to a tweet from cricket pal Kevin Pietersen about weight loss, Piers admitted that he had put on some timber during lockdown.

“I need to be shamed into losing it,” he admitted.

Susanna took up the invitation, and replied: “Yes you fat person, it’s about time chubster.”

And Hilary soon joined in.

What did Lorraine say that riled Piers?

But Lorraine Kelly picked up the subject when she previewed her show.

On greeting Lorraine, 60, he said: “Susanna’s really thrilled she’s trending because she fat-shamed me on national television.”

“Now look,” Lorraine replied. “You have put on a few pounds.

How did Piers Morgan respond?

“Sorry?!” a shocked Piers said. “If I said to you that you’re pleasantly plump how would you feel?”

“I’d actually agree with you,” she said. “I’ve put on the COVID pounds.

Poor Piers said he didn’t want to be cuddly, he wanted to be “a lean, mean machine”.

He suggested: “I’ll come and do a weight loss thing on your programme.”

Piers can’t stay away from trouble

Piers, who came back to work last week after his summer break, has already been in the wars.

One war that has reignited, according to reports, is his long-standing feud with BGT judge David Walliams.

Piers was a front-runner to replace Simon Cowell on the show’s judging panel, after the mogul broke his back.

But reports claimed that David threatened to quit rather than sit next to his nemesis, Piers.