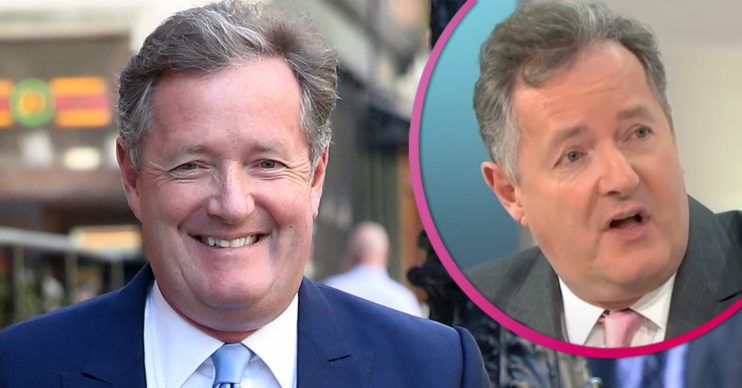 GMB: Piers Morgan claims he was ‘approached’ about return in wake of slumping ratings

Former GMB host Piers Morgan has revealed he was “approached” about a return to Good Morning Britain.

The presenter left the show in March after his criticism of Meghan Markle and her comments in her Oprah interview came under fire.

Now, Piers said “never say never” about a return and admitted it makes him sad to see “all the hard work we did to beat the BBC in viewing numbers evaporate so fast” following his departure.

What has Piers Morgan said about a GMB return?

Speaking to The Sun, the star said: “I have had some quite random third-party feelers put out to see if I would consider a return to the show.

Read more: Piers Morgan agrees with GMB fans who say it would be ‘amazing’ for him to return

“As the Americans say, they reached out — there have been approaches to test the water in the wake of their obvious ratings issues.

“It makes me sad to see all the hard work we did to beat the BBC in viewing numbers evaporate so fast. It’s their problem to work out . . . but never say never.”

Meanwhile, Piers also admitted regret over storming off the show after a clash with Alex Beresford over Meghan.

There have been approaches to test the water in the wake of their obvious ratings issues.

During the Duchess of Sussex’s chat with Oprah, she said she felt suicidal while pregnant with son Archie and claimed she didn’t receive help from the palace.

She also alleged there were ‘concerns’ within the family about Archie’s skin colour before he was born.

What happened after Meghan and Harry’s Oprah interview?

During an episode of GMB after the interview aired, Piers became vocal on Meghan’s comments.

He said he “didn’t believe a word” she said.

This led to a backlash from viewers, with more than 40,000 complaints made to TV watchdog Ofcom.

Meghan even made a formal complaint to ITV about Piers.

Hours after Piers stormed off air after Alex accused him of “trashing” Meghan, ITV confirmed the presenter had quit.

Even though Piers claimed ITV “didn’t offer any support” amid his departure, he said he “shouldn’t have walked off” and he regrets it.