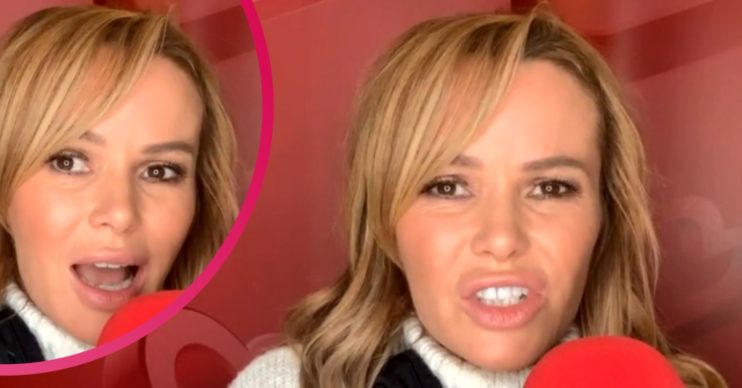 The BGT star is famous for her daring outfits

Amanda Holden got a grilling over her outfit choices when she appeared on Good Morning Britain on Tuesday (October 13).

The Britain’s Got Talent star is renowned for her racy outfits, and has sparked a series of complaints to Ofcom from thousands of viewers over the years.

While chatting with Susanna Reid and Piers Morgan, the controversial GMB host teased Amanda over her outfit on the BGT finale.

What did Piers say about Amanda Holden’s outfit?

“I’ve actually made a formal complaint to Ofcom that you were wearing too many clothes,” said Piers.

Amanda couldn’t hold back her laughter as she went on to reveal how troublesome “the girls” have become for producers.

“I’ve said this before to Piers, I have what I call a bap committee on the show” she laughed.

She then teased that her chest would be getting its own Piers Morgan: Life Stories special.

“Have you not spoken to your researchers Piers? It’s going to be called ‘Behind the Bra'”.

Amanda, 49, was seen standing next to the BGT stage as she posed for the camera.

She wrote: “Just to say this dress got a tiny 136 complaints out of the 896 we apparently got that night.

“Surely there are more terrible and important things to write about… do you agree?

Amanda first sparked complaints after she wore a revealing dress with a dramatic side split last month.

The dress was so low-cut, viewers claimed they could see her nipples.

As a result, Ofcom received over 200 complaints after the show.

Since then, a further 136 complaints have been made over Amanda’s outfit choice following Saturday’s show.