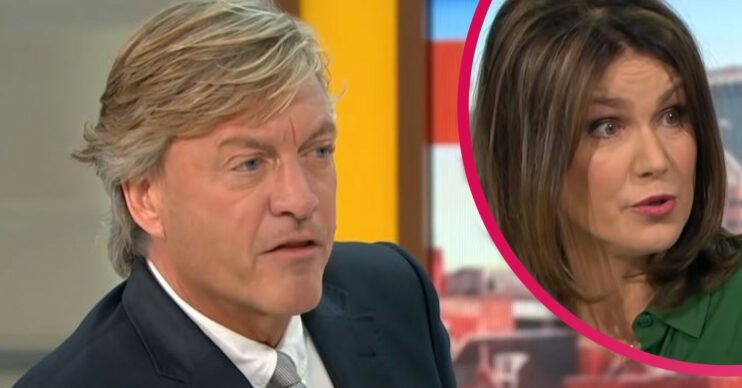 Viewers were hugely divided over the debate

GMB has been hit by hundreds of Ofcom complaints after a guest stormed off during a debate, in latest news.

One point of the interview saw host Susanna Reid accuse Norton of being “patronising”.

Host Richard Madeley asked Norton what he would say to the son of the woman who suffered a stroke after being unable to get to hospital while stuck in the blockage.

He then said: “You’re not accepting the responsibility of your actions.

“The way you’re putting your argument is fatal, it has fatal consequences.”

However, Norton hit back: “We’ve been pleading with our government for 30 years and what we’re saying to the government is this: This is our line in the sand.

“We are demanding the government makes a meaningful statement to save the future of this country and if they refuse to do it then they can put us in prison.”

He then stood up, and insisted he had “had enough of talking to people in this country about what we’re doing”.

Norton then stormed off set, as Richard quipped: “You’re doing a Piers!”

Richard was referring to the moment former host Piers Morgan walked off set during a debate about Prince Harry and Meghan Markle.

Viewers were divided over the debate, with some hitting out at Norton while others slammed Richard’s jokes.

As a result, 105 people complained to TV watchdog Ofcom about the debate.

Meanwhile, one viewer had tweeted: “GMB proving this morning that it’s not a serious news channel – Madeley interviewing the insulate protester was appalling.”

Another added: “An absolute shambles this morning over how they handled that climate change fella.”

However, others weren’t happy with Norton and his points.

One said: “Who was that guy ranting on about justifying the climate change protestors? Absolutely shocking behaviour.”

ED! has contacted reps for GMB and Ofcom for comment.