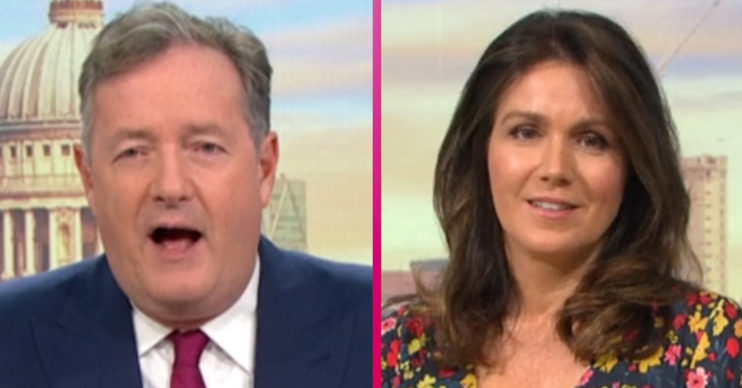 GMB ‘most complained about show during lockdown with over 9,000 Ofcom complaints’

GMB was the most complained about show to Ofcom during lockdown, a report claims.

In addition, according to Buzz Bingo, the second-most complained-about show was Loose Women, which received a total of 8,150 Ofcom complaints from viewers.

What happened on GMB to spark Ofcom complaints?

The Sun reports that Piers’ fiery interview with Conservative Health and Social Care minister Helen Whately was the most complained about item during that period.

Ofcom received over 3,200 calls after the explosive interview, in which Piers let rip at the MP over the coronavirus crisis.

The host, 55, was also the cause of two more incidents that attracted hundreds of complaints.

He was accused of bullying in an interview with MP Victoria Atkins, which attracted over 700 complaints.

In all, says the newspaper, 40 per cent of all complaints to Ofcom were because of GMB.

Since lockdown, no government minister has appeared on the show.

What show has attracted the most complaints?

GMB’s complaints pale compared to Britain’s Got Talent, which is the most complained about show of the year so far.

Over 27,000 viewers have made complaints against the show to the regulatory body.

The huge figure comes after tens of thousands of complaints about Diversity’s Black Lives Matter-inspired performance in September.

Who else has drawn complaints?

Great British Bake Off’s master baker got into hot water with viewers last week after he failed to acknowledge the LGBT+ community during a challenge.

He tasked the contestants to make multi-coloured bagels, which, he said, represented the NHS.

The mixed colour scheme has been used to represent the NHS during the coronavirus pandemic, but it’s traditionally associated with the LGBT+ community.

Ent Daily has contacted reps for GMB for comment.