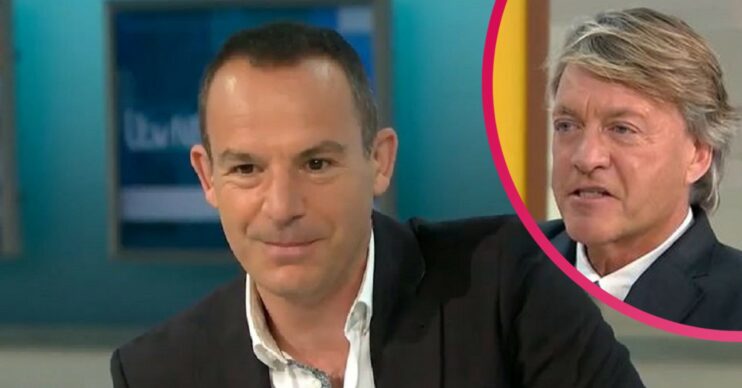 GMB viewers all said the same thing today when they noticed Richard Madeley had been replaced by Martin Lewis.

It’s not the first time Martin has presented the morning show. He’s stepped in numerous times ever since Piers Morgan left in March 2021.

Other stars including Alastair Campbell, Ed Balls, Adil Ray, and Rob Rinder have also been among those to join co-host Susanna Reid.

However, Martin has gone down especially well with viewers.

As a result, many rushed to Twitter to share their happiness after seeing him in the hot seat this morning.

“Pls pls pls can @martinlewis and @adilray be the main @GMB presenters??! I can’t watch Mon-Wed when ghastly, tactless Richard Madeley is on. He’s got no depth of knowledge and is unwatchable. The other two have empathy and interesting backgrounds #gmb,” said one viewer.

@GMB @MartinSLewis @susannareid100 Really measured, challenging and well-pitched interview with @sajidjavid So much better when Martin is there with Susanna. #GMB

A second said: “@GMB please keep Martin Lewis on the show permanently. He so informative and interesting, unlike other male presenters who just like the sound of their own voices!!”

“Thank you GMB! Great start to the week,” exclaimed a third pleased viewer.

Another told Martin on Twitter: “You are fabulous… you need the gig permanently!”

Meanwhile, Richard has managed to become a controversial figure on the show with his presenting style dividing long-time viewers.

He recently confessed that an angry viewer who “loathed and despised him” had confronted him about his hosting job on GMB.

Richard told The Sunday Times: “I remember once, on a perfect summer’s morning I was walking along the cliff near our house in Cornwall and as I came round a bend in the path I saw this large man coming towards me.