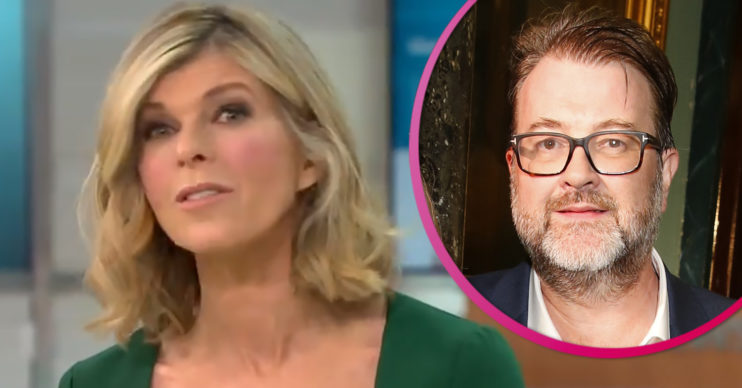 Kate's husband Derek Draper has been in hospital since March

Derek has been in hospital since March as he continues to battle the after-effects of coronavirus.

On Thursday’s Good Morning Britain, the presenter revealed Derek’s condition has been “pretty stable” over the last few days.

She told co-host Susanna Reid: “There are big ups and big downs, not big ups really, small improvements and worrying downs as well.

“But the last few days have been pretty stable, so keeping everything crossed really.”

“You completely understand why hospitals have to do it, they have to protect those inside who may be recovering from COVID or maybe dealing with other serious conditions.”

The last few days have been pretty stable, so keeping everything crossed really.

“The fact they live in Lancashire and that might go into tier two will have an effect because it will be very tough for them to argue the case to be able to visit.

Kate opens up on Gardeners’ World

Meanwhile, Kate recently revealed she’s “living on a knife edge” as her husband remains in hospital.

The star spoke about how gardening has helped her and her children during an appearance on Gardeners’ World.

She said: “When you’re living day-to-day on a knife edge, doing something that gives you a future just helps with a sense of progress, where there is actually none in the direct situation.

“[The garden] has been the most important space for us.

“It’s been a place to find joy, hope, go a bit crazy and feel a bit unleashed in a stifling physical and emotional time that we’ve all lived through.”

She added: “It just gives you that sense of positive moving forward. You can’t think short-term in a garden, you have to plan.

“By planting something and believing that Derek will see it when it comes up, that gives us a sense of future.”