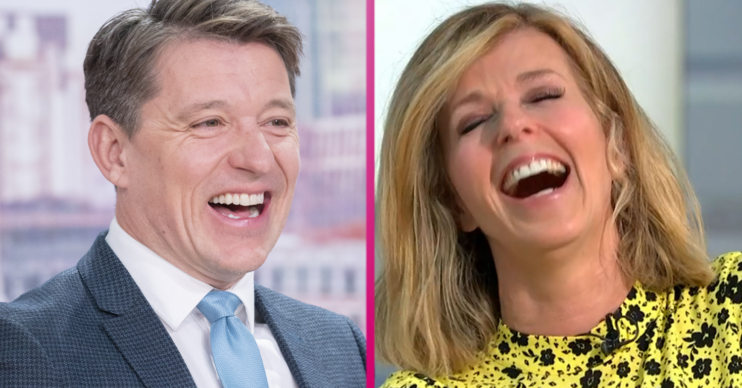 As Good Morning Britain got underway, Kate hesitantly said: “Good morning… everyone” as she was confused over who was supposed to be speaking.

What did Kate Garraway say to Ben Shephard?

And Ben, who loves nothing better than teasing his good pal, wouldn’t let it rest and kept bringing it up throughout the programme.

He even played a clip from an older GMB episode, in which he poked fun at Kate for making an odd noise live on air.

Kate struggled to keep a straight face as she mock-scolded him for his lack of support.

“You’ve been playing it every minute since six o’clock!” she said. “So basically on day four… don’t try to make up now!

“Day four, fourth day back in work, and this is where it turns. No more love, no more support or ‘It’s lovely to see you’.

“It’s been so hard to suppress as well,” Ben admitted.

“Look, I just got a bit confused and said good morning to everyone,” Kate said.

Well, Kate did tell Piers and Susanna that she wanted everyone to take the Mick out of her when she returned.

And it’s good to see Ben do the dutiful best friend job of rinsing her – and putting a smile on her face!

A message for Derek

Kate returned to Good Morning Britain last week, after being off for weeks amid her husband Derek’s battle with coronavirus.

He no longer has COVID-19, but remains in hospital.

Read more: Ben Shephard and Kate Garraway lark about backstage as fans are delighted by her GMB return

Elsewhere on today’s episode of GMB, Kate issued a message for Derek as she revealed the nurses were putting the programme on for him.

“Good morning Derek, if you are watching,” she said, addressing her husband. “We’re all sending you lots of love. Everyone here is sending lots of love. There are so many good wishes. Your own personal Good Morning Britain.”